In its reaction to Kukah’s comments, the Buhari Media Organisation (BMO) accused the archbishop of stoking the embers of ethnic and religious division in the country.

Bishop Mathew Kukah, the archbishop of Sokoto Catholic Diocese has come out hard on President Muhammadu Buhari over the state of insecurity in the country.

Apart from the resurgent Boko Haram attacks in the North-east, there have been increased cases of killings and kidnappings across the country.

It was reported that about 245 persons were killed in violent attacks across Nigeria in January 2020 alone.

About 30 People were also killed by Boko Haram terror group along Maiduguri-Damaturu Highway over the weekend.

In his address at the burial of Micheal Nnadi, a Catholic Seminarian who was abducted and killed in Kaduna State, Bishop Kukah said the Buhari led government had displayed the greatest degree of insensitivity in managing country’s security situation.

He described the APC led government as the most nepotistic and narcissistic government in Nigeria’s history just as he alluded that the central government was embarking on supremacist and divisive policies that is leading the country on the brink of collapse.

“No one could have imagined that in winning the Presidency, General Buhari would bring nepotism and clannishness into the military and the ancillary Security Agencies, that his government would be marked by supremacist and divisive policies that would push our country to the brink.

“Despite running the most nepotistic and narcissistic government in known history, there are no answers to the millions of young children on the streets in northern Nigeria, the north still has the worst indices of poverty, insecurity, stunting, squalor and destitution.

“Today, in Nigeria, the noble religion of Islam has convulsed. Muslim scholars, traditional rulers and intellectuals have continued to cry out helplessly, asking for their religion and region to be freed from this chokehold. 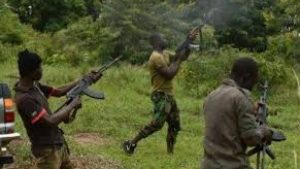 “The Fulani, his innocent kinsmen, have become the subject of opprobrium, ridicule, defamation, calumny and obloquy. His north has become one large graveyard, a valley of dry bones, the nastiest and the most brutish part of our dear country.”

“We are being told that this situation has nothing to do with Religion. Really? It is what happens when politicians use religion to extend the frontiers of their ambition and power. Are we to believe that simply because Boko Haram kills Muslims too, they wear no religious garb?

“Are we to deny the evidence before us, of kidnappers separating Muslims from infidels or compelling Christians to convert or die? If your son steals from me, do you solve the problem by saying he also steals from you? Again, the Sultan got it right: let the northern political elite who have surrendered the space claim it back immediately.” Kukah said.

In its reaction to Kukah’s comments, the Buhari Media Organisation (BMO) accused the archbishop of stoking the embers of ethnic and religious division in the country.

In a statement signed by its Chairman Niyi Akinsiju and Secretary Cassidy Madueke, BMO said it was “disappointed that a highly respected Bishop, who is also flourishing in his faith along with his adherents at the seat of the caliphate in Sokoto can descend to the level of creating unnecessary division and tension in the country.

“Perhaps we need to remind Bishop Kukah that his verbal attacks on President Buhari  has the capacity to polarise the country along religious lines. To the best of our knowledge, the President has concentrated on rebuilding the country in the core areas of economy, security and fight against corruption. 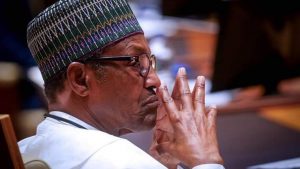 “It is important to note that the adherents of both religions have lived together for a very long time and co-habited peacefully as one people and the least that is expected of Bishop Kukah and other influential Nigerians is to preach peace and promote peaceful co-existence among all Nigerians.

“We want to use this medium to remind Bishop Kukah and other eminent Nigerians that President Muhammadu Buhari and his team have been focussed on rebuilding a country ravaged by mindless corruption, infrastructure deficit and a wobbling economy,” BMO said in a statement made available to Rootstv.