50 percent of households in Borno alone are at risk of not having enough to eat!

The European Union is concerned about the lingering Boko Haram situation, the EU says it is not improving due to incessant attacks faced by people in the North East of Nigeria.

Speaking after he visited North-East Nigeria and at a joint press conference concluding his official visit, the European Commissioner for Crisis Management Janez Lenarcic said…

‘I saw first-hand today, the suffering that the conflict has brought to people’s lives and how crucial humanitarian aid is to people’s survival. What matter most is that humanitarian organizations can reach all the people in need, without restrictions, including areas under the influence of non-state armed groups. All states and parties to armed conflicts must respect their obligation to allow and facilitate the rapid and unimpeded passage of humanitarian relief. It is also key to implement in parallel a comprehensive strategy in the region, exploring political tracks while addressing the root causes of the conflict’’. 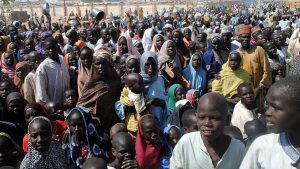 European Union Rising To the Challenge

For the year 2020 a first emergency aid package of 26.5 million pounds as humanitarian assistance was donated to cushion the effect of the terrorist attack on people.

The EU’s new aid package will provide food, access to clean water and sanitation facilities, shelter, basic primary healthcare and education for children caught up in the conflict. The EU is one of the leading donors of humanitarian and development aid in Nigeria with more than eight hundred and thirty million pounds provided since 2014.

” it is bringing together humanitarian and development aid on some projects to build fragile communities long term resilience and offer some social protection through a more long term and holistic approach. The EU also aims at building long term resilience through its development assistance addressing the underlying causes of violent conflict and by supporting basic services and helping people support themselves.”

The decade long armed rebellion in the North East has displaced millions and killed thousands, continuously attacking and plaguing citizens and Nigeria into humanitarian needs.

Since the war between the Non-state armed group and the Nigerian military in 2009, more than thirty-five thousand 35,000 people have been killed and thousands of women and girls have been abducted. The conflict has led to widespread forced displacement and violations of international humanitarian law. With about 1 million children suffering from malnutrition and eight hundred thousand 800,000 children out of school. 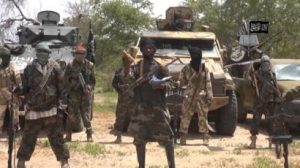 Needs Of Displaced People in the North East

More than forty-seven percent of 47% of Nigeria’s population lives in extreme poverty according to the European Commission. The majority of people who had to flee for safety live in makeshift settlement or highly congested camps and rely mostly on support from local communities, and humanitarian organizations.

These internally displaced persons have no prospect of returning to their homes to have a normal life again. EU said, “Overcrowding brings with it lack of access to basic services, clinical epidemic outbreaks, rampant fires and increases risk of sexual and gender-based violence”.

Over 1.8 million people in Yobe, Borno, and Adamawa are displaced. With 1.2 million persons which include women and children having no humanitarian assistance. Nutrition monitoring in the Borno state shows that there has been a steady increase in acute malnutrition cases in children since 2017 and the food and the nutritional situation could potentially deteriorate if sustained humanitarian assistance is not provided.

Food availability is worsening with 50 percent of households in Borno alone are at risk of not having enough to eat. While an increase in violence made 160,000 people flee their homes in 2019.

Claims by Humanitarian Organization versus Federal Government of Nigeria

“In recent weeks, we have seen an upsurge in violent attacks from the non-state armed group and an increasing trend of illegal checkpoints on major supply and commercial route directly targeting civilian authorities and aid workers in Borno state. Over the past year, 180,000 civilians have been forced to leave everything behind in search of safety and basic services, some of them for the second or third time. Over 1.8 million people across the three crisis ridden states which is almost the equivalent of the entire population of Slovenia are still living in camps or hosted in other communities who are themselves becoming extremely vulnerable “

The Federal Government through the Nigerian Armed Forces said that Boko Haram has been defeated or decimated as claimed.

In response, the Minister of Humanitarian Affairs holds this stance;

“We are not saying that these issues are not there. But progress is been made. As it is with insurgency all over the world, it is not something that you can say, that you have permanently dealt with, within a short period. You make progress today, tomorrow you get another attack. That doesn’t mean that efforts are not been put. To see how these people are been conquered or degraded”

With the above narrative put forward from different quarters, the question now is, who should Nigerians believe? What appears to be the situation of things? Has Boko Haram come to stay? 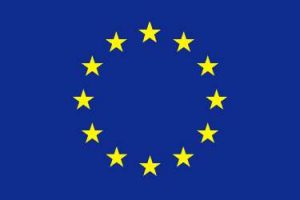 Killing and Abduction of Aid Workers

Murder of aid workers and rising tension to live peacefully are issues raised by the European Union which they want the Federal Government to address without delay so that those who lack food and shelter can be helped. So they can confidently support 5.8 million people in 2020 like they assisted over 5.6 million people in 2019.

The way forward according to the EU is for the government to seek a political solution, strengthen the regional collaboration among actors and stakeholders to prevent the crisis from snowballing to levels seen three years ago. Stakeholders have also been urged to strengthen their efforts at providing life-saving assurance to the most vulnerable people affected by this crisis, and do their utmost to guarantee the protection of civilians and aid workers and safe unconditional access to people in need.

“At the community level we can talk to traditional leaders religious leaders and other influential people in the community, who have outreach capacities to re-build confidence among various actors, and then, of course, we have the state, that has a role to play and you have the Federal Level that has to look at policies that are critical in the political process. I believe that where there is a political justification for conflict there is the solution. You cannot harass people you want to rule, it is not one of the easiest theories we have read so far. You can gain power, but you cannot sustain power. So there is a need to come to the table and talk. As they say in politics there is no permanent enemy. I still think if the rebels or whatever they call them, really feel they have a political justification for what they are doing, I think the only way to solve it is to sit around the table and try to find a political solution to the problem”

Urgent action appears to be needed to end this decade long armed rebellion, to stop worst things from consuming the Federal Republic of Nigeria.