The Untold Story of Fistula

The Vesicovaginal Fistula (VVF) is one of the many diseases Nigerians do not get to hear about or read in the news. The United Nations Population Fund (UNPFA) says Nigeria records at least 12,000 new cases of Fistula, yearly. In a recent interview in Abuja, the country representative of UNPFA, Ulla Muller, said Nigeria is one of the countries with the highest number of VVF cases globally.

A Vagina Fistula is an abnormal opening or hole that connects the vagina to another organ, which leads to the continuous involuntary discharge of urine into the vaginal vault. In simpler words, there is uncontrolled urine leakage which produces bad odour, and causes problems like urinary tract infection, abscess, hygiene problems, leaked stool or gas. 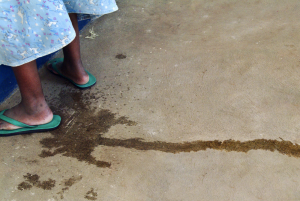 VVF is a major gynaecological problem in the country and it is often underreported. It can result from violent cases of rape, especially those involving multiple rapists, and prolonged childbirth. Many women are living with VVF, 3 out of every 1000 deliveries in African countries develop VVF and almost 200,000 women await surgical repair in Nigeria alone. It is very common in Northern Nigeria where early marriage, pregnancy, unskilled birth attendance and late presentation to proper health facilities are predisposing factors. Child marriage and early childbearing remain a plague in the North with about 76% of adolescent girls in marriages in the North-West, 68% in the North-East and 35% in the North-Central. These young girls are often between ages 11 and 15 who become mothers either through early marriage or unwanted pregnancy. 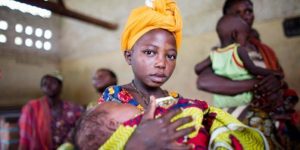 They definitely experience obstructed labour due to the immaturity of their reproduction system, and sometimes, the unskilled birth attendants have to cut through the vagina to create a passage for the baby, which eventually leads to VVF. 80-100% of Vesicovaginal Fistula is caused by such prolonged obstructed labour.

In most cases, poverty, illiteracy, ignorance, restriction of women’s movement, non-permission from husband and transportation are significant contributory factors to high rate of unskilled birth attendance, which is one of the major causes of fistula. The prevalence of VVF is always underestimated because the number of patients are those who go to the hospital for treatment, whereas, there are patients who suffer in silence and isolation due to the stigmatization that comes with the condition. Aside from the social stigma and consequent neglect, other complications of the condition are; childlessness from loss fetus from pregnancy-associated with VVF, amenorrhea, secondary infertility, depression and divorce. Other problems that characterizes the fistula condition are loss of blood and abdominal pain, which causes patients to abuse opioids like tramadol. 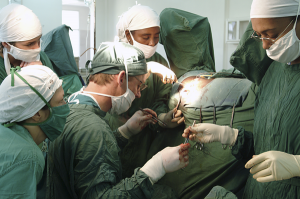 Vesicovaginal fistula can be cured through surgery but the plight of victims are often times dehumanizing, such that even after being cured, some of them never regain their self-esteem and social life.. About 12,000 cases are reported annually, the existing surgical repair centres in the country can only handle less than 4,000 cases annually, and meaning over 8,000 patients may not be able to receive treatment annually.

WHAT THE GOVERNMENT HAS DONE

In 2011 and 2012, N300M and N250M were budgeted respectively, for the care of VVF patients but the money was reportedly not released and no one accounted for it. In 2013, the prevalence of the condition in the country forced the Federal Government to order the care of about 66,000 patients.

Victims of VVF in North-West Nigeria are rehabilitated after treatment to ease their integration into the society without discrimination. The reintegration programme is being supported by health officials, families, community leaders and donor agencies.

In Ulla Muller’s recent statement, “Nigeria has about 148,000 cases of fistula”, and has destroyed the lives of many young women in the country. Hence, the UNPFA says it has put in place preventive and curative interventions such as family planning, community engagement, training of health workers and incessant awareness of the disease through various media platforms.

Young women with the disease are advised to seek immediate medical help and avoid getting pregnant for a period of about 12 months.

The plague of VVF is one that must be treated with all seriousness. Child marriages in the country, especially in the North should be drastically reduced and or eliminated in Nigeria. If not, the country would continue to feature prominently on the shameful indicators of maternal mortality and fistula.