NOIpolls reports that only 34 percent of Nigerians use condoms for sex.

It is that time of the year when love is in the air, it’s a day to valentine and lovers will be going all to show affection to each other in ‘every’ possible way.

In a survey to mark the International Condom Day (ICD) observed annually on February 13 through Valentine’s Day, to promote safer sex awareness, by encouraging people to use condoms, NOIpolls reports that only 34 percent of Nigerians use condoms for sex.

It’s ‘Condom accessibility and use in Nigeria’ said though 83 percent of Nigerians believe that condoms should be used; only 34 percent agree that they use condoms.

“The findings showed that 92 percent of Nigerians know about condoms, while 62 percent perceive that condom is used for sexual pleasure, which is the measure that comes to their mind when they see or hear about condom…..82 percent of Nigerians find it easy to purchase condom, 10 percent find it fairly easy, which makes it a total of 92 percent, who find it easy to purchase a condom.” 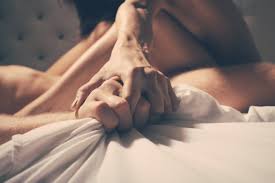 Condoms are useful protective measure against sexually transmitted infections. Amongst other modern contraceptives, condoms can reduce the possibility of contracting or spreading sexual infections during penetrative sex.

Condoms have been around for thousands of years – early Egyptians, Greeks, and Romans used condoms to prevent pregnancy, using animal intestine or bladder. And modern condoms have been available for more than 100 years.

Like any other modern contraception, there are psychosocial and cultural factors that hinder effective and adequate adoption of condoms as a preventive measure of pleasures. One of such beliefs includes the normative conception of sexual pleasure as penetrative and that condoms use reduces such pleasures.

Many people refuse to use condoms because they prefer the “skin to skin” experience, and feel that condoms reduce or “hinder” sensation or pleasure.

The use of a lubricant in tandem with condoms helps to provide the desired experience, while also being protected from HIV and pregnancy.

Society for Family Health (SFH), producers of Gold Circle Condom, revealed that 80 percent of the 1.8 billion sexual activities in Nigeria yearly take place without a condom.

SFH Managing Director, Bright Ekweremadu revealed that if every sexual act in Nigeria is protected with condoms, no supplier in the world will be able to provide the quantity of condoms Nigerians would need.

Research, however, shows that young Nigerians between 18 and 34 in the cities of Lagos and Abuja make the highest use of condoms.

Director-General of NACA, Gambo Aliyu, said applauded the NOI for doing a significant job despite the difficulties attached to asking questions around sexual activities.

“We encourage people to share the love and not share HIV. That is why we promote the use of preventive measures to reduce HIV transmission. It is our target by UNAIDS globally. We are not promoting promiscuity, we are promoting prevention, morality and we want people to be responsible.” Aliyu said.