Nigeria’s economy is on the brink of comatose as the global price of crude oil has fallen to $30 per barrel.

Saudi Arabia, the World’s biggest oil exporter has started a price war with Russia by slashing its selling price and pledging to unleash its pent-up supply onto a market reeling from falling demand because of the coronavirus outbreak affecting major economies in the world.

Russia had supported the Organisation of Petroleum Exporting Countries (OPEC) calls for cuts to stabilize falling prices caused by the economic fallout from the coronavirus outbreak.

However, Saudi Arabia’s plan to boost crude output above 10 million barrels per day (BPD) poses an imminent danger for other exporting countries like Nigeria. 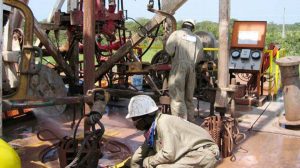 “We believe the OPEC and Russia oil price war unequivocally started this weekend when Saudi Arabia aggressively cut the relative price at which it sells its crude by the most in at least 20 years,” Goldman Sachs analyst Damien Courvalin said in a note to clients Sunday.

“The prognosis for the oil market is even direr than in November 2014, when such a price war last started, as it comes to a head with the significant collapse in oil demand due to the coronavirus,” the firm added.

Saudi Arabia, Russia, and other major producers previous battled for market share like this between 2014 and 2016 to try to squeeze out production from the United States, now the world’s biggest oil producer as flows from shale oil fields doubled the country’s output during the last decade.

To this end, Saudi Arabia has opened the war by cutting its official selling prices for April for all crude grades to all destinations within $6 to $8 a barrel.

Nigeria is already affected by the world outbreak of the Coronavirus. Ships are laden with Nigerian oil is stranded with no buyers at sight and it will get worse. The Senate just approved a nonsensical loan package that doesn’t address our current realities in any way. In the next four months when it is clear that most nations are in peril it will be difficult to get any loans, especially for foolish projects.

We are a mono-economy, dependent mostly on oil, even though this administration touts all sorts of numbers suggesting that our economy has been diversified. This is the litmus test for the Buhari administration. This would have been the opportunity for our farms to feed Africa if not the world but unfortunately, armed herdsmen have scared people away from farming.

China’s efforts to curtail the coronavirus outbreak has disrupted the world’s second-largest economy and curtailed shipments to the largest oil importer.

The spread to other major economies such as Italy and South Korea and the burgeoning cases in the United States have increased the concerns that oil demand will slump this year.

The Threat to Nigeria’s Economy

Many analysts have said that the price war between the two leading exporters of crude oil will make Nigeria volatile as the slash would offer unprecedented discounts in Europe and another part of the World.

The Minister of Finance, Zainab Ahmed had a briefing disclosed that the Federal Government was considering the adjustment of the country’s 2020 budget as the antecedent effect of the coronavirus was dragging the price of crude oil under the target set in the 2020 fiscal plan.

“The current crude oil price of $53 a barrel is below the budget benchmark. So what we are doing is studying the situation. We are committed to doing a midterm review,” Zainab Ahmed, Nigeria’s Minister of Finance told reporters in Abuja, the nation’s capital.

President Muhammadu Buhari signed the country’s 10.6 trillion Naira ($29 billion) spending plan into law this year based on a crude price projection of $57 a barrel and targeted oil earnings of 2.64 trillion Naira. Brent crude prices are down about 22% this year.

Nigeria relies on earnings from the black commodity for about 50% to 60% of its income and more than 90% of its export revenues.

Nigeria is already on a borrowing spree to fund recurrent expenditure in its budget.

Nigeria, a mono-economic country that relies on gains from the sale of crude oil is using 50 percent of its revenue to service debts.

A presentation by the DMO at an Interactive Sessions showed that the country’s total Public Debt, comprising the Debts of the Federal and State Governments as of September 2019 stood at N26.215 Trillion.

The comparative figure for June 2019 was N25.701 Trillion which implies that in the quarter of July to September 2019, the Total Public Debt grew by 2.0%.

This is a wakeup call. The effect is already been felt on businesses and families in Nigeria. There is an imminent danger and no one will be left out if something is not done to stop this ugly trend.