Less than 24-hours to his inauguration, the Supreme Court has sacked David Lyon as Governor of Bayelsa State and ordered that the candidate of the PDP, Diri Duoye be inaugurated as the new governor of the State.

The ruling of the apex court presided by Justice Mary Peter-Odili removed the APC Candidate on the grounds that his running mate, Senator biobarakuma Degi-Eremienyo presented false information to INEC in aid of his qualification for the November 16 governorship election in Bayelsa State.

The court ordered that the certificate issued to the APC Candidate be withdrawn and given to the PDP Candidate, Diri Duoye. 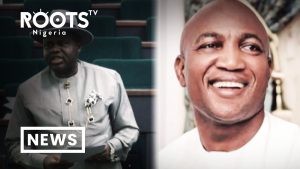 The Supreme Court had on Wednesday upheld the choice of Lyon as the Candidate of the APC in its ruling saying the appeal filed by former minister of State for Agriculture, Heineken Lokpobiri lacked merit.

Lokpobiri, had queried the APC’s decision to submit Lyon’s name to the Independent National Electoral Commission (INEC) as its candidate.

Justice John Inyang Okoro, who read the Supreme Court’s lead judgment on Monday, held that Lokpobiri’s case was statute barred, having not been filed within the 14 days allowed under the 4th Alteration Act as contained in Section 285 of the Constitution.

Having survived Lokpbiri’s challenge, Lyon shifted attention to the Supreme Court where the Peoples Democratic Party (PDP) and its Candidate, Diri Duoye are challenging the eligibility of Lyon’s running mate, Senator Biobarakuma Degi-Eremieoyo in the November 16, 2019 governorship election in the state.

The PDP and its candidate had approached the Apex court over the ruling of the Court of Appeal that set aside the ruling of the lower court which disqualified Degi-Eremieoyo for falsification of his academic qualification.

Justice Ekwo had in his judgment held that Degi-Eremieoyo gave false information to the Independent National Electoral Commission (INEC) about his academic qualification allegedly evidenced by the discrepancies in the names contained in his credentials.

However, a three-man panel of the Court of Appeal led by Justice Stephen Adah reversed the judgment of the Federal High Court saying the allegation that Degi-Eremieoyo gave false information to INEC was not proved as required. 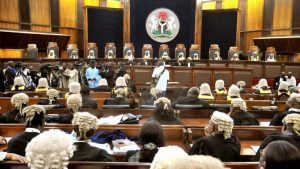 Not satisfied with the judgement of the Appellate Court, the PDP and its candidate headed to the Supreme Court where it was unanimously held that the deputy governorship candidate of the APC falsified his academic qualifications.

The apex court submitted that there were discrepancies in the names on the certificates submitted to INEC by Degi-Eremienyo hence he was not qualified for the election.

The court also held that Degi-Eremienyo’s disqualification had infected the joint ticket with which he and the governorship candidate, Lyon, ran for and won the November 16, 2019 election.

It then ordered INEC to withdraw the Certificate of Return issued to Lyon and his running mate and issue it to the candidates of the PDP.

The camp of the APC is currently rattled with the judgement of the Supreme Court as the transition process was said to have been concluded.

As at the time of filing this report, the swearing certificate, invitation cards and rehearsal for the transition had been done. 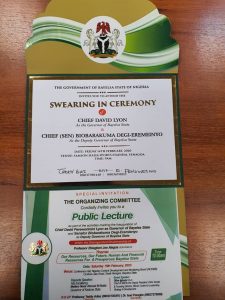 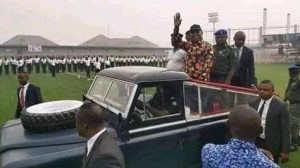 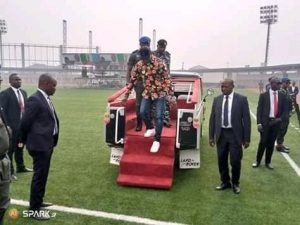 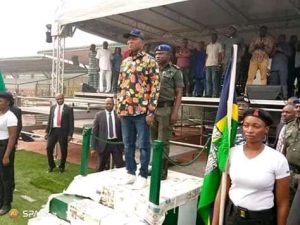