Tinubu Sits on the Fence over ‘Amotekun’

Tinubu said while the formation of Amotekun was not ill-informed, its proponents erred by not consulting the office of the Attorney General, who according to him is the primary enforcer of law in Nigeria.

Former Lagos State Governor and National Leader of the All Progressives Congress (APC), Bola Tinubu has finally broken his silence on the controversies trailing the setup of Operation Amotekun, a regional security network by Governors of the South West region.

Tinubu’s silence has been interpreted in some quarters to mean supporting the Federal government’s position which faulted the setup of the security outfit in the region.

The APC Chieftain, however, appeared to be sitting on the fence over the setting up of the outfit in his statement made available to newsmen on Wednesday.

According to him, while the formation of Amotekun was not ill-informed, its proponents erred by not consulting the office of the Attorney General, who according to him is the primary enforcer of law in Nigeria.

“Those claiming that the Federal Government seeks to terribly suppress the Southwest have also lost their compass….judging from the public statements of the governors, Amotekun is meant to be structured along similar lines.  As I understand it, Amotekun is to be another set of eyes and ears to assist the police. As such, it is but the second generation of Neighbourhood Watch expanded to a regional scale. Conceptually, there is nothing wrong with this. It does not appear to insult the constitution. However, my position regarding Amotekun is not blind or uncritical; there are several organisational and functional aspects of the proposal that could cause some problems if left unresolved.

“First, the stated mission is information gathering by civilians. Such tasks are always and everywhere best done in low-key fashion. Some aspects of Amotekun seem to undermine rather than enhance this function.

“First, the stated mission is information gathering by civilians. Such tasks are always and everywhere best done in low-key fashion. Some aspects of Amotekun seem to undermine rather than enhance this function.

“Second, equipping Amotekun with showy paraphernalia may cause the public to misconstrue the role of Amotekun, incorrectly believing its mandate is more expansive than it is. This possible disconnect could impede the good aims of the program.

“We also should consider that the Buhari administration has approved the implementation of a policy of community policing wherein additional recruits from all 774 local government areas will be added to the force to help protect their own communities. As the Federal Government emphasizes grassroots policing it is uncertain how well..” he said.

In the defence of Amotekun, Tinubu stated that its formation had not in any way put the country at risk adding that the South-West Governors were only seeking to fulfil their mandates by helping protect their people.

Tinubu, however, called for dialogue between the Office of the Attorney General and the South West Governors in the bid addressing the procedural defect of the outfit.

“The governors state that they consulted regularly with the police and security agencies. This was the right thing to do.  However, their failure to include the office of the Attorney-General in these discussions is the fount of the current public uproar. This was an unfortunate omission the governors should regret and seek to remedy. However, the conceptual merits and positive functional aspects of Amotekun should not be tainted by this procedural defect. 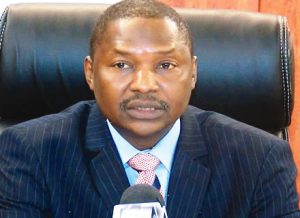 “This matter cannot be resolved on the pages of newspapers or by attributing negative motives to either side. The best way to resolve this is still for the two sides to enter private discussions. Either the governors should seek an official but private meeting with the Attorney-General or the Attorney-General can initiate the contact. Since Amotekun is their initiative, the governors bear the greater onus in seeking the meeting.

“The fabric of the Republic has not been put at stake by Amotekun. However, that fabric could be torn by the dangerous rhetoric of those who should know better. Those claiming that this limited, inoffensive addition to security threatens the Republic have taken themselves upon a madcap excursion. Those claiming that the Federal Government seeks to terribly suppress the Southwest have also lost their compass. Those who occupy these two extremes have sunken into the dark recesses of fear and political paranoia that can undo a nation if such sentiments are allowed to gestate. 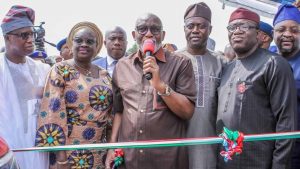 “We are one nation, 200 million strong with 36 states and a great complex of federal authority residing in dozens of federal ministries and agencies. If everyone is allowed their democratic expression, there are bound to be disagreements. This is inherent in the federal structure. Nations that have practised federalism much longer than us still frequently debate over where the line between state and federal power is to be drawn. They have hundreds of court cases each year on this very issue. Yet they do not attack each other as we do.  We must all learn to be more restrained and judicious in our reactions when such disagreements arise.

“Before leaping from our seats to lift our voice to the high rafters in profound indignation, we first would be wise to properly discern the situation. We must ascertain whether it merely is a tempest in a teapot or whether our house and all its teapots are swirling in a real tempest. Despite the ominous headlines and heated talk, an objective analysis points more clearly to the former than the latter. The resolution of this matter is not beyond us if only we allow ourselves to be the democrats that our better conscience and the very documents of our national existence call us to be.

“In trying to help resolve this matter, I have initiated communication with the Chairman of the South-West Governors’ Forum, Arakunrin Rotimi Akeredolu, with a view to meeting the South-West governors to explore amicable solutions to the avoidable controversy.