Nothing distorts the mental faculty of a rational Nigerian than the issue of religion. We can lose our bearing the moment a stringe that connects to the cord of our religious belief is struck.

That we are unique people is indisputable, only Nigerians live in undeniable reality but still deny their contradictions. In this clime, almost everyone is tied to one or two contradictions. Do you know that the reference of northerners, southerners and easterners are mere geographical expressions used mainly for academic and political purposes?

In the North of Nigeria exist a lamentable contradiction that wreck nonsense to the general notion that the region is a monolithic entity. Do you know that in this same north, the Fulani is never comfortable giving out his daughter to a Hausa man in marriage? There is an unwritten creed that paints the Fulani as blueblood and somehow superior to the Hausa lineage. Have you wondered why almost all the emirs are Fulanis? In this same north, do you know a Kanuri will hardly permit any kind of conjugal harmony with a Margi or Gwoza tribe of the same Borno? 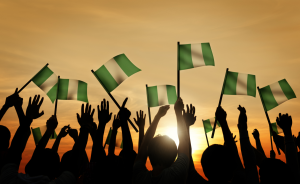 Take a stroll down the central north of Nigeria where the Ebiras are not one tribe as it looks. Amongst the Ebiras, those found around the River Niger are considered Anabi and therefore not ebira enough to be integrated into the Ane Ebira confraternity. A clan called Ihima do not enjoy the assemblage of the Ebiras in Okene- in fact, marriage between these two folks is like Isreal and Palestinians agreeing to get hitched. In the same kogi, the igalas are also defined in superiority template. The Ibaji, Akpoto are derogatorily looked down as second class clans with others enjoying the blueblood labels.

Popular parody doppelganger of late Chief Odumegwu Ojukwu in his hilarious but acidic jab wrote about the ironic contradictions in Igbo land, according to him, Ndi Anambra are not open to marrying ndi Imo, it happens but rarely. Ndi Enugu sees Ebonyi as Wawa and inferior. Ndi Imo hates Mbaise meanwhile they are the same state. During elections in Igbo land, there is always a string battle between catholic candidates and Anglican and other churches. 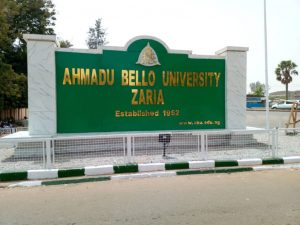 In the academic community in Nigeria, it is a written taboo to have non-indigene reigns as Vice-Chancellor of a university sited in the state. For example, in Makurdi, Benue State, Tiv people took to the street in frightening riotous mood that led to the closure of the Federal University of Agriculture, makurdi because the Vice-Chancellor that was appointed at that time isn’t from the land where the institution is located. In Ahmadu Bello University Zaria, twenty years ago since Prof Daniel Saro a non-indigene reigned as VC of that prestigious university no non-core northerner have climbed the exalted position of that citadel that used to be a reference of a cosmopolitan institution that had a Yoruba man Professor Akinkugbe as Vice-Chancellor. This sore reality is applicable in all Nigerian institutions of learning where the twin evils of religious bigotry and ethnic chauvinism have taken grip of merit. Nigeria was so sweet when an Igbo man could be the Vice-Chancellor of ABU Zaria and a Hausa man held sway as VC of University of Nigeria, Nsuka and an Igalaman VC of UNILAG! Today, just like the political class, the gown has been consumed by the evil trinity of politics, ethnicity and religion. 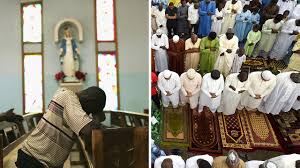 Religiously, we are more in perilous contradictions than the aforementioned concerns. Nothing distorts the mental faculty of a rational Nigerian than the issue of religion. We can lose our bearing the moment a stringe that connects to the cord of our religious belief is struck. A region can lay claim to impenetrable solidarity but religion can wreck their intimacy in seconds. In the South West, are people united in the same creed of Omoluabi with proud ancestral hold of Oduduwa, give them what goes contrary to their religious beliefs, they go fierce in different ways. In Osun State, the state was almost ruined by the acidic rains of religious intolerance that schoolchildren were dangerously pitched against each other. Same Yoruba speaking brethren, same monolithic identity yet sharply divided in contradictions! In the North of Nigeria, the Shiites and Sunnis are in continuous squabble as each claiming supremacy over the other. So if a seemingly monolithic people are this sharply divided by same religion, one wonder where indeed is the one Islam in the north.

These contradictions are not strange, they are measurable realities as posited by Chinese Philosopher, Mao Tse-tung who argued along the line of Karl Marx that contradictions stem from the social structure of society and inherently lead to class conflict, economic crisis, and eventually revolution, the existing order’s overthrow and the formerly oppressed classes’ ascension to political power. “The dialectic asserts that nothing is permanent and all things perish in time.”. 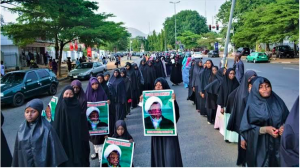 If what these scholars summarized contradictions to be, then we should brace ourselves that our contradictions as humans will continue to exist, what should matter is how we are able to manage our contradictions which are dangerously embedded in religious flaws. Only a jaundiced nation worries about religiosity and careless about industrialization. Muslims want to Islamize Christians, Christians want to evangelize Muslims yet none of these religion warriors wants to industrialize the nation. All the things you use in your worship centres are produced by Chinese who give no damn about Islam and Christianity. Start thinking of progress and leave religious supremacy to the Almighty to decide. Great minds are not defined by prejudice of time. Dangote and Otedola who are neither Sheikh or pastor may make heaven before you because they make the world better than you do.

We ‘re too brainwashed that we spend our productive time fighting for Sarah and Hagar. Purge yourself of mental slavery and begin to see yourselves first as humans before religious. God is more interested in your piety and submission than your superficial religiosity. Time we borrow the white man’s brain to better humanity instead of this perennial religious fight that adds nothing to our aspirations. In Nigeria, your intellectual merit and moral worth are useless. While Europeans are about to start space tourism, we are here locked in the ruinous Shia-Sunni strife, Ametokun imbroglio, Mbaka -Suleiman- TB Joshua supremacy of miracles.