Herdsmen Attacks: A Killing Too Many

Everyone is a target. The rich, poor, young, old, Christian, Muslim, man or woman, whether you are living in a rural or urban area, these Fulani herdsmen attacks will meet us all if we do not stand now and do something.

On that fateful morning, about 6 am, everything looked like a normal day to her and her young family. Vivian was a pregnant woman, she was walking to the farm to meet her husband when the Fulani herdsmen unleash terror in her village in Plateau State, killing her, her unborn child, her three-year-old daughter and two men who tried to stop them.

On another day, the attackers targeted the villages of Ancha and Tafigana in the Bassa Local Government area, Margaret Wakili, 27, from Ancha – who was 6 months pregnant – was killed at the farm where she was visiting her husband. They both fled but the attackers caught Margaret. As they killed her, her husband looked back and immediately could identify the 8 attackers as Fulani from HayinRukuba. An older woman in the village was also killed.

In Tafigana, a 46-year-old father, Thomas Wollo, and his 7-year-old son Nggwe were killed and then beheaded as they returned home from choir practice on the night of 14 July. Following these killings, the attackers went on to a nearby village where they destroyed crops to the value of millions of naira.

Then the killing continues, Abelem Victor. Elizabeth Iorpuu. DonatusEne. Augustine Alaska, Uche Alfred, Moses Dimta, Paul Adi, Esther Ukumbugh, Julius Giwa. Emmanuel Attah, Fidelis Kondum. These are all victims. From northern Nigeria to the south, to the east and the west is not spared.

These are Nigerians, someone’s husband, son, mother, daughter, and children; they had dreams, hopes, and aspirations, but their lives cut short by the murderous design of the Fulani Herdsmen who attacked villages in Logo and Guma in Benue State. 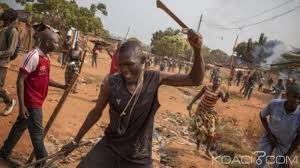 These are just a few names out of more than 3,000 people who have lost their lives in the past six years to Fulani Herdsmen who have attacked them in their farms and communities. This is in addition to over 50,000 people who have been displaced due to these attacks and countless numbers of survivors living with the scars and memories so painful and unimaginable.

Why are we quiet? Will this ever stop? Who will console those who have lost loved ones? What is the hope for the orphaned, the widow, and the widower? They are so far away from everything that makes them who they are, their one-time quiet communities, their only source of survival and means of livelihood. From the Middle Belt to the South East and the South West, gun-wielding Fulani Herdsmen rampage destroying lives and nothing happens.

People like Solomon Yuhwam will forever be tormented by events of March 28, 2018, when heavily armed Fulani herdsmen attacked his church while on a morning mass in Jalingo, Taraba State. Solomon watched his brother butchered to death while he barely escaped with his life.

Yet there is no justice for Solomon and many other victims both living and dead. Security agencies seem incapable or perhaps unwilling to bring an end to these attacks. Only in very few cases like in the attack in UkpabiNimbo in Enugu state, a handful of these herdsmen was arrested, paraded and it ends there.

It does not help that the President, Mohammadu Buhari refuses to recognize these attacks are carried out by Fulani Herdsmen. Perhaps being of Fulani extraction, he has been accused of protecting his own. President Buhari speaking during a visit to the United States in April 2018 chooses to blame late Gaddafi for the influx of illegal weapons across our borders but who uses these weapons? The Fulani herders!

They habitually terrorize communities with these weapons while the president is busy playing blame games. He promised to address the influx of these weapons, but what happens to the criminals who use them to destroy lives? Why are they not being rounded up or are the security agencies completely incapable of nabbing these criminals?

If this is the case, then we are all in trouble. As for me, I have no other place to go, no other country to call mine, no other life outside. We all should be concerned because this directly affects us, all of us.

This is more serious than we have experienced. 87% of the deaths committed by Fulani extremists since 2010 have been carried out as armed assaults, the Fulani Ethnic Militia is the deadliest of the bunch of Muslim Fulani herdsmen who have taken up arms against farmers in largely Christian areas. The Fulani herders are primarily Muslim while the southern farmers are predominantly Christian, which adds a religious dimension to the conflict over resources. Christian farmers in the south perceive the influx of Muslim herders as an “Islamization” of the country at a time when Boko Haram’s presence in the country is still strong.

How long can we ignore this- the constant bloodshed in our communities, the murder of our brother, fathers and sons like animals while in their farms, the rape of our mothers, sisters, and daughters, the blood bath meted on our communities.

While we carry on with our lives in the urban areas, countless numbers of lives are lost in villages through the farmer-herder clashes. The news and accounts from our families back home filled with dreadful reports of continuous attacks by Fulani Herdsmen should give us all sleepless nights.

While some may comfort themselves is the fact these attacks are more rampant in the rural areas, herdsmen attacks are closer than you can imagine…..watch your back!

As herdsmen continue to migrate, they are slowly but steadily moving into our cities. Grazers are seen daily in the major streets and high ways of Nigeria’s capital, Abuja and many other metropolises across Nigeria. They are with us, in our lives…

This fact alone is unsettling knowing these attacks could meet all of us in the urban areas if something is not done fast and now. 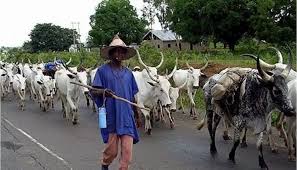 Sadly, while the President refuses to recognize these deaths are as a result of emboldened headsmen with access to highly sophisticated weapons, abysmal security intervention and lip service by lawmakers seem to be the only action taken to tackle this problem. What a shame.

Because we have watched and done nothing, these herdsmen attacks have metamorphosed into banditry, kidnapping, and murder along our highways.

Heart-wrenching accounts from several victims of these crimes are a loud warning that we are sitting on a keg of gunpowder.

Rev. Emmanuel Dziggau and Rev YakubuDzarma who were in March 2016 abducted along Kaduna Abuja highway spent 10days in captivity of bandits they identified as Fulani herdsmen. Unfortunately, Rev. IliyaAnto who was abducted alongside them did not make it back alive.

I thought they said the youths are the leaders of tomorrow but Isaka, a corps member posted to Kaduna state was not spared. He was kidnapped by suspected Fulani Herdsmen on his way to Abuja. His family had to cough out 5million for his freedom and yet got killed after then.

16-year-old Chinyere, an Abia state indigene was abducted at Okada junction along Benin-Ore road by Fulani herdsmen wielding machetes and sticks. She spent five torturous days in the bushes before she regained her freedom after been raped in turns.

Who could forget Mrs.FunkeOlakunrin, daughter of Afenifere chairman, Pa Reuben Fasoranti, who was killed in July 2019 by Fulani herdsmen?

The police in Jos arrested four cattle herders; Hamisu Mohammed, 18, Rayanu Mohammed, 15, Mustapha Yunusa, 15, and Abbas Salisu, 17, for allegedly raping four female minors. The four siblings watch one another raped in turns. What have they done to deserve this?

How can they call this farmer-herder conflict when these farmers cannot fight back? Can they also refer to the rampant kidnapping and banditry by these Fulani marauders farmer-herder crisis? No. No one can call these atrocities a conflict.  It is simply Fulani herders killing our families, raping women and innocent children.

Everyone is a target. The rich, poor, young, old, Christian, Muslim, man or woman, whether you are living in a rural or urban area, these Fulani herdsmen attacks will meet us all if we do not stand now and do something.

The choice is yours; rise up and demand an end to these atrocities or do nothing and become a victim