A truck loaded with cows with alleged failed brakes crushed several people to death in Anambra on the 4th of June, 2021. Eyewitnesses said the trailer carrying cows developed failed brakes and crushed several vehicles in its path at Kwata Flyover in Awka, the Anambra State capital, claiming at least nine lives, with many more injured and receiving medical attention at nearby medical facilities. The incident was further exacerbated when the angry mob attacked and set the trailer ablaze. 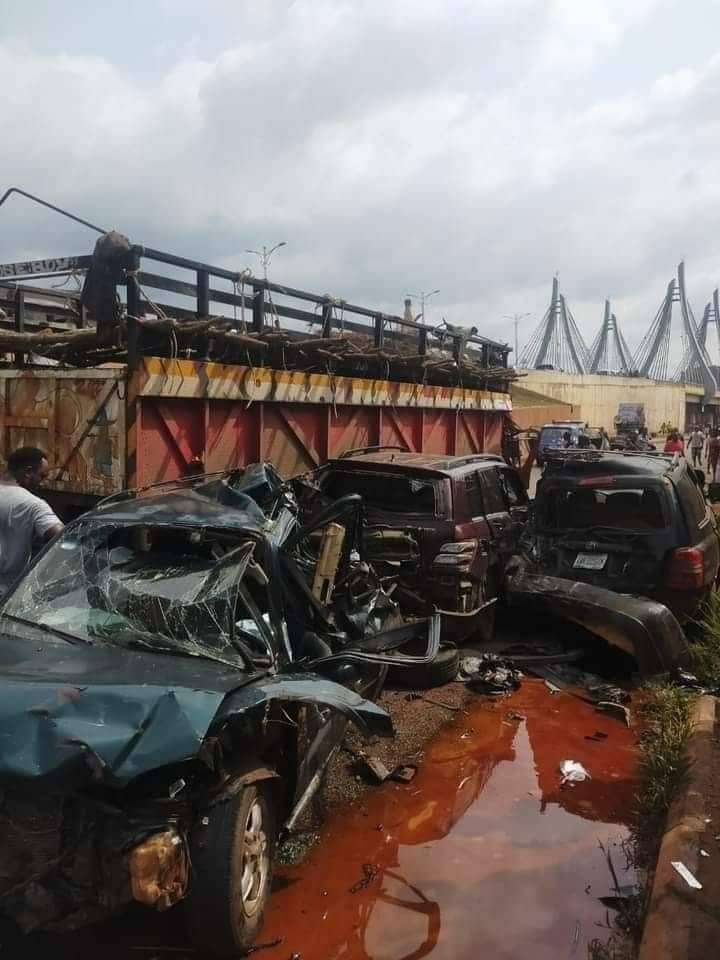 Unconfirmed reports also said that pedestrians, including those doing brisk business in the traffic, were said to be among those that lost their lives, while some occupants of the vehicles involved also lost their lives.

The five cars involved were damaged beyond repair, while the bodies of the dead and injured were taken away by men of the Anambra State Command of the Federal Road Safety Corps, FRSC.

There’s no confirmation on the number of casualties, but irate youths already set the lorry ablaze, despite security agents’ attempts to calm the situation.