Operatives of the Nigeria Police Force attached to the Ebonyi State Police Command
have intercepted 753 live ammunition of General-Purpose Machine Gun (GPMG) concealed
in a sac transported from Abakaliki, Ebonyi State to Umuahia in Abia State.

This was revealed in a press statement released on Sunday April 2, 2021 by the
Force Public Relation Officer, Frank Mba. 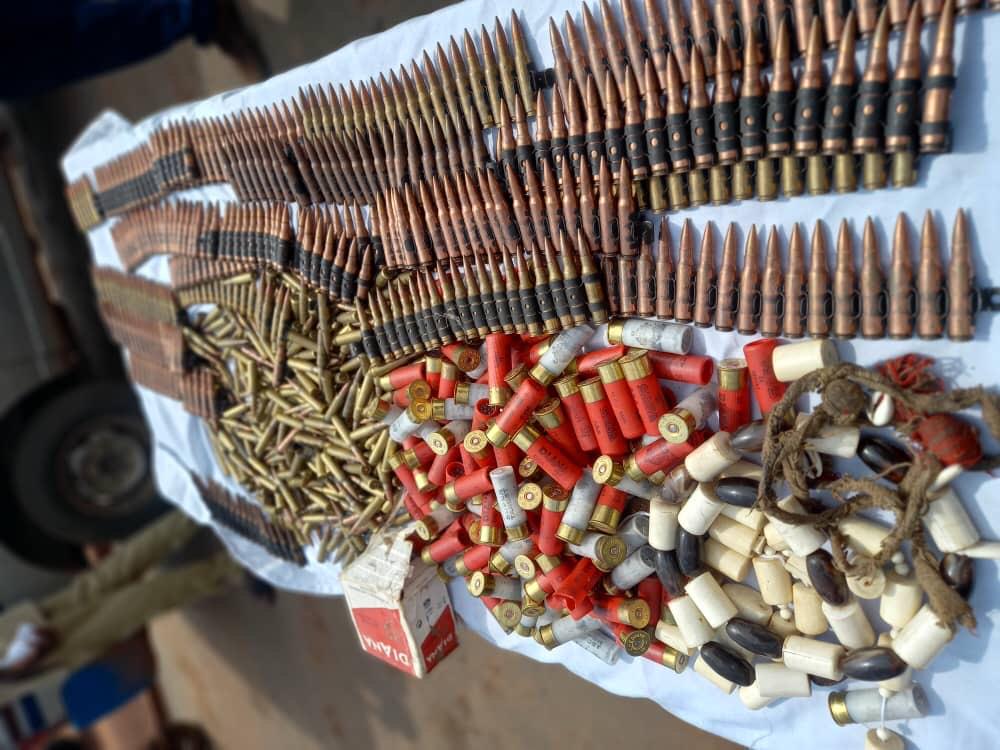 The statement says, “Intelligence-driven covert operation, which led to the interception and recovery of the deadly ammunition, is part of efforts by the Force to identify and a crackdown on criminal networks and supply chains for weapons and ammunition in and around the country.”

He said comprehensive investigations aimed at bringing to book all persons linked to the
crime were in progress.

Also, following investigations into the foiled bank robbery on Tuesday, 27th of
April,2021 at the Onueke branch of a commercial bank in Ebonyi state Command, the
police raided the hideout of suspects indicted in the investigations and arrested three members of the gang (2 male and a female). Other suspected criminals sustained injuries during an exchange of gunfire with the police operatives.

“The Police team engaged them gallantly and professionally. In the end, three (3) members of the gang including two (2) males and one (1) female met their waterloo following bullet injuries sustained during the exchange of gunfire. Other suspects fled in different directions,” Mba stated. 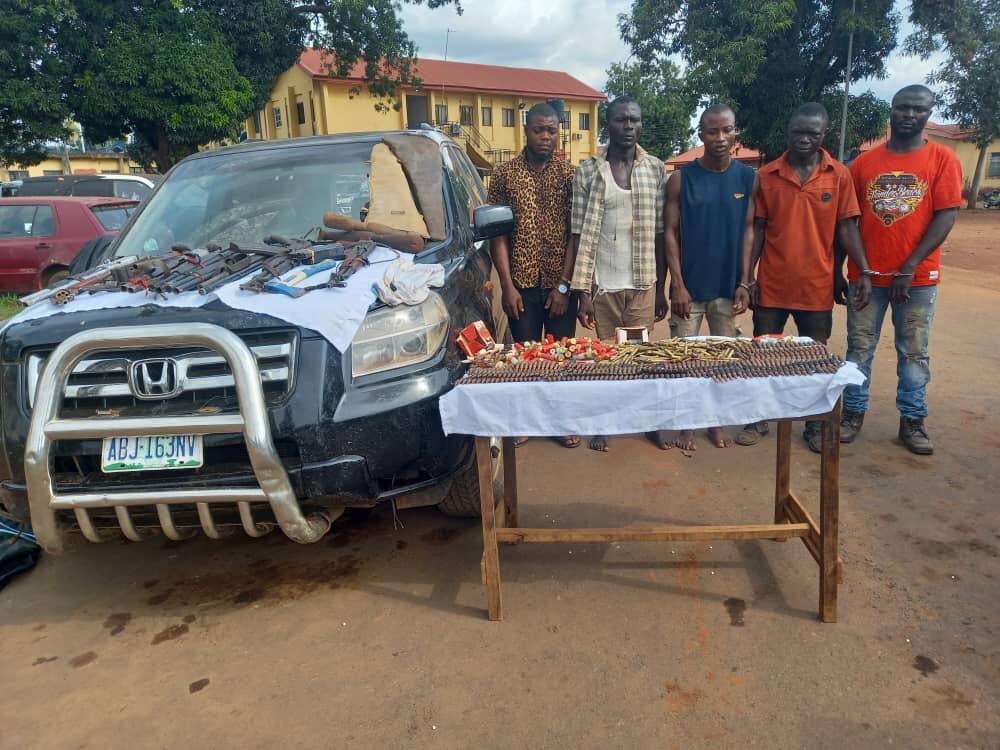 A Honda Pilot Jeep with Reg No. ABJ 163 NV used for the foiled bank robbery was also recovered by the Police Team.

According to the police, a concerted effort to arrest other suspects had made the Police team track them to the shrine where the gangs go for fortification before embarking on any robbery operation as two of the suspects were eventually arrested.

The Police PPRO assured effort was ongoing concerning other fleeing members of the gangs and their spiritual godfather (the chief priest of the shrine).

Reacting to this, the Inspector General of Police, Usman Alkali Baba, commended the Commissioner of Police, Ebonyi State Command, CP ALiyu Garba, and other officers of the command for excellently harnessing intelligence to nip crimes in the bud.

He also assured citizens that the new maxim of the force will improve public safety and combat any form of violent crime in the country.