The National Drug and Law Enforcement Agency (NDLEA) on Tuesday arrested a Chadian lady, Vivian Taramadji with 234.35 grams of heroin concealed in her private parts at the Nnamdi Azikiwe International Airport, Abuja while trying to board an Ethiopian airline plane to Addis Ababa.

Taramadji, who relocated to Italy in 2016 via Libya was nabbed by narcotics agents during an outward clearance of the airline at the boarding gate after being scanned. 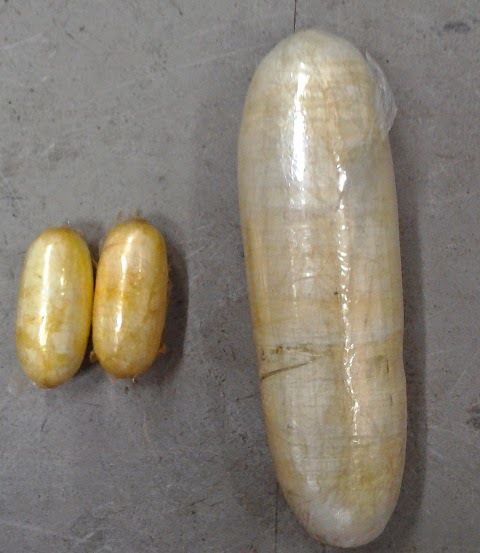 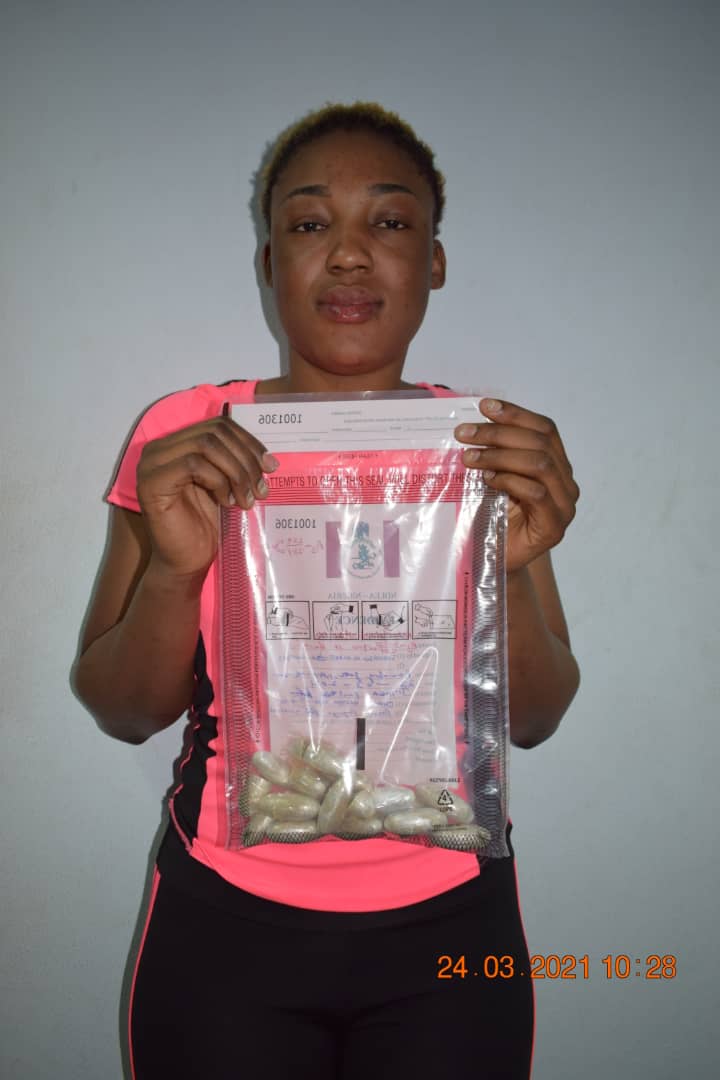 During interrogation, she said she was contacted by someone from Italy who told her to retrieve the drugs from a man in Lagos where she lodged before she took her flight to Abuja.

She also claimed the man told her to swallow 50 wraps of heroin which she couldn’t, she then decided to insert 18 wraps in her private part and return the remaining to the man. She says she was promised 10,000 Euros by the mastermind upon successful delivery to Italy.

In her narration, Taramadji spoke of how life has been hard for her as a result of the Covid-19 pandemic, and how she had to come to Nigeria to raise money for her house and shop rents in Italy which had expired.

Also, another trafficker, Okojie James from the Oredo local government area of Edo state has been intercepted by operatives of the Agency with 1.549kg of Cannabis Sativa; 223.80grams of Tramadol; 192.34grams of Rohypnol, and 214.05 grams of Flunitrazepam which were concealed in a tin of Bournvita and milk while trying to board a Turkish airline en-route Abuja-Istanbul-Cyprus

James who was into Shawarma and noodles business in Benin, Edo state before his friend Mr. Elvis invited him said Elvis claimed he got admission for him in Cyprus and instructed him to collect a parcel from his sister in Abuja for delivery.

According to the Commander, Nnamdi Azikiwe International Airport, Abuja Command of the NDLEA, Kabir Sani Tsakuwa, Okojie James was arrested last Saturday while Vivian was nabbed on Tuesday the 23rd of March 2021 and both suspects would soon face prosecution.

Similarly, NDLEA operatives at the NAHCO export shed of the Muritala Mohammed International Airport, MMIA, Ikeja Lagos on Wednesday the 24th of March, 2021 seized an abandoned five cartons of green leaves suspected to be KHAT with a gross weight of 105.70 kilograms.

Chairman/Chief Executive Officer of NDLEA, Brig. General Mohamed Buba Marwa (Retd) commended men and officers of the two airport Commands and encouraged them to continue with the offensive action to secure Nigeria from the damaging effects of the drug trade.