Enough Of The Killings! Northern Elders Declare That Buhari Has Failed

Gruesome killings of the young and old who have not the faintest idea that their deaths were orchestrated by gunmen with an unknown agenda.

Villages deserted and wailings from women, children and even the aged as lives are lost daily

From Southern Kaduna where it has become  a harvest of lives on daily basis to Katsina, Niger, Zamfara, Kogi spreading across all geo-political zones in Nigeria.

This daunting security challenge has made the Northern Elders Forum to declare that the very government meant to protect citizens from danger has failed woefully.

Having had enough of the situation, the forum  in a statement said both the Buhari led Federal Government and Governors of Northern region should take actions to fulfill their mandate to safe guard lives and property of citizens. 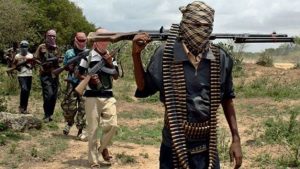 Part of the statement reads

‘Recent escalation of attacks by bandits, rustlers and insurgents leave the only conclusion that the people of the North are now completely at the mercy of armed gangs who roam towns and villages at will, wrecking havoc. It would appear that the administration of President Muhammadu Buhari and Governors have lost control over the imperatives of protecting people of the North a constitutional duty that they swore to uphold. This situation is getting worse literally by the day. Bandits and insurgents appear to sense a huge vacuum in political will and capacity which they exploit with disastrous consequences on communities and individuals”.

Often times when bandits or gunrunners are arrested, they are remanded in prison for a period of time, but they never get prosecuted. One may beg to ask why this is the case.

‘One of our pledges to Nigerians is that we will ensure the safety and security of lives everywhere in the country. We will keep this promise’

It has been insinuated that it looks like the only thing the President does is to commiserate with the people; he sympathizes with them, saying the Government frowns at the attacks by gunmen. It is like a text, stored in the computer and reeled out when a disaster like heinous killings of innocent people happens 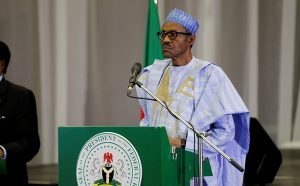 The spokesman of president Muhammadu Buhari, Femi Adesina while reacting to the statement issued by the Northern Elders Forum said the Presidency is not surprised calling the group a mere irritant and featherweight. Referring to the leader of the group as a General without troops

“NEF is just Ango Abdullahi, and Ango Abdullahi is NEF. It is a quasi-organization that boasts of no credible membership, and its leader is akin to a General without troops.

Before the 2019 presidential election, the one-man army called NEF had shown its antipathy against President Buhari, and its preference for another candidate. They all got beaten together.

NEF is merely waving a flag that is at half-mast. President Buhari steadily and steadfastly focuses on the task of retooling Nigeria, and discerning Nigerians know the true state of the nation. They don’t need a paper tiger to tell them anything.”

One begins to ask, what about the political will to eliminate the non state actors and  criminals who continue to destroy lives and property of innocent citizens.  Where is the determination by political gladiators and those handling the machinery of government, to save Nigeria even if it means hurting the movers and shakers in the political class, said to be the brain behind this disaster.

The blood of the innocent is wailing, Aren’t these bloods shed enough reasons to swing into action? The Northern Elders Forum posits

“This is unacceptable. We demand an immediate and comprehensive improvement of our security in the North, we are tired of excuses and verbal threats which criminals laugh at and our fellow citizens see as a clear failure of leadership which they see as part of them, Enough is Enough”

Those at the helms of affairs at Federal State and Local Government levels are said to have failed to pass the right laws to stop these incessant killings. Politicians have also worsened matters by politicizing delicate issues that threaten the safety of lives.

The President had in June 2018, faulted those who accused him of keeping mum on killings perpetuated by suspected herdsmen. This tragedy is happening at an alarming rate, it is devastating and intolerable

The present security situation in Nigeria appears seemingly difficult to handle and perhaps worse than it was during the Goodluck Jonathan administration. Which is why the Northern Elders are saying Enough is Enough to the killings by bandits, herdsmen, rapist and other criminals causing mayhem. 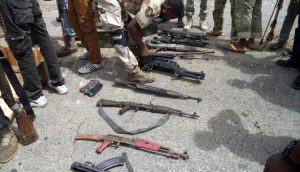 In October 2019, 5 Emirs, 10 solders, police officers and civil servants, were discovered to have a hand in the lingering challenge of banditry confronting Zamfara state, North-West Nigeria. The committee tasked with finding the solution to the security issue, inaugurated by Governor Bello Matawalle in July 2019 disclosed this, stressing that it had concrete evidence.

While it is the duty of security agents to protect lives and property of citizens, the reverse appears to now be the case as some security personnel are alleged to have their hands smeared in banditry.

It was hoped the 300-page report will be useful to not only Zamfara alone, but State governments and the Federal government to address security threats in the country.

Clearly, no progress has been made. Although the Monarchs were arrested, while the Zamfara Governor declared they would be tried in court, a retired General from Zamfara was said to have pleaded on behalf of those perpetrating the heinous act, for them to be freed. This brings to the conclusion by some Nigerians that so far a criminal has someone highly placed in Nigeria, he could do anything no matter the consequences and not get punished for it.

Are the actions and in actions of security agents signs that the situation may not be under control but is deliberately made to look like the security architecture is nothing to write home about?

Are worse things still to come?

These and many more questions demand answers.