About 24hours after the House of Representatives passed a resolution directing the Inspector General of Police and the Director General of the DSS to arrest the Spokesperson of opposition Political Parties in Nigeria, the FCT High Court has barred the Police IG and DSS DG from arresting or detaining the CUPP spokesperson in any manner.

Delivering the ruling in the suit number FCT/HC/BW/CV/120/2020, the court ordered the security agencies not to give any effect to the resolution of the House of Representatives for being in disobedience of the orders of Justice Taiwo Taiwo of the Federal High Court in suit No FHC/ABJ/CS/475/2020. 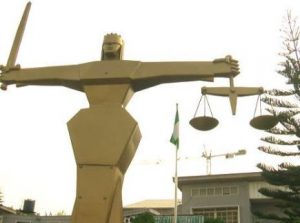 Reacting to the judgement, the Opposition CUPP said “Speaker Gbajabiamila’s pursuit of personal vendetta against the opposition for standing up against his leadership’s excesses, shameful act of plagiarism, his unpopular Control of Infectious Disease Bill coupled with his unfitness for the office of the Speaker has led him into dragging down the institution of the House of Representatives to a low level and debasing all the celebrated values the House has built over the years.”

The lower Chamber of the National Assembly had set up an Ad-Hoc Committee led by Rep. Henry Nwawuba to probe the bribery allegation of $10 million ‘offered’ to the lawmakers by Bill Gates to accelerate the quick passage of Control Infections Disease Bill, 2020. The committee had given the CUPP spokesman seven days to appear before it. 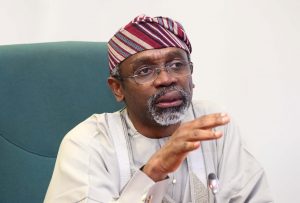 The Federal High Court had earlier directed the Speaker not to take further steps but the CUPP alleged that despite the fact that Gbajabiamila was served with the orders of Court, “he went ahead to purport that the House had passed a resolution directing the Police Inspector General and the State Security Service Director General to arrest and prosecute me. The implication of this order is that there is in law no resolution of the House.

“The glory of the House has almost departed from it since Speaker Femi Gbajabiamila took seat as the Speaker despite the weighty issue of Supreme Court of Georgia finding him guilty for dishonest act and it would be in the interest of all House members in particular and all Nigerians in general that the Speaker is made to vacate office to restore the integrity and the glory of the House of Representatives” Ikenga said.