John Coates, the International Olympic Committee’s Senior official for Tokyo 2020 has warned that it may be difficult to host the Tokyo Olympic Games next year due to the repercussions of the Coronavirus pandemic since a vaccine is yet to be discovered.

The committee said in October 2020, officials would critically analyze if the Games could commence in July 2021 or not. This was revealed at a roundtable organised by the Australian Media Giant News Corp, where Coates expressed concern over the large number of people who would converge in Tokyo from different countries. 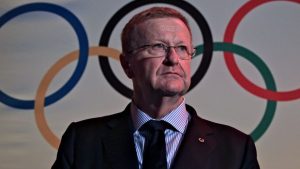 He said: “Yesterday, there were 10,000 new cases in Brazil. very few countries are advanced in coping with this as us. the games can only happen in 2021. we can’t postpone it again and we have to assume there won’t be a vaccine or, if there is a vaccine, it won’t be sufficient to share around the world”.

The 2020 edition of the Summer Olympics which was supposed to begin in Tokyo on July 23, 2020, was moved to July 23 2021, to run through to August 8. As with any Olympic Games, the financial burden is always on the host nation. For 2020, the cost of hosting Olympics already exceeded 10Bn Euros as of March 2020. 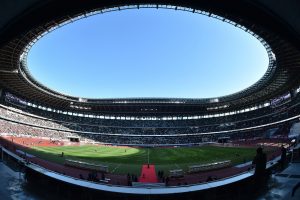 Japan spent $277M building the new Olympic stadium in Tokyo to stage the main track and field events, and more than $13.4Bn has been committed to organizing the event.

Source:PUNCH NEWSPAPER
NewsSports
Previous articleNigeria’s Inflation Rate Hits 2-Year High of 12.34%
Next articleCOVID-19: FAAN Staff to Get Half Salary for May
© Newspaper WordPress Theme by TagDiv