RootsTv Nigeria reliably gathered that the President has also penned down the name of a Major-General, who had at one time served as the Commander of the Guards Brigade as a possible replacement for the current Chief of Army Staff, Lieutenant-General Tukur Buratai.

The current military chiefs, namely: Chief of Defence Staff, General Abayomi Olonisakin; Chief of Army Staff, Lt. General Tukur Buratai; Chief of Naval Staff, Vice Admiral Ibok-Ete Ekwe Ibas and Chief of Air Staff, Air Marshal Sadique Abubakar were appointed in 2015 and are due for retirement, either on account of age or completion of mandatory 35 years in service.

However, their tenure was renewed in 2018 and extended up to the present moment.

There had been repeated calls for the removal of the Service Chiefs as many believe that they are out of ideas to solving the myriad of security challenges the country is battling.

Others also held that the continued stay of the service chiefs in the office is causing disquiet and suffocating growth within the military’s hierarchy. Many have said some officers who are junior to the service chiefs are being forced into retirement ahead of their seniors.

Section 8 of the public service rules stipulates that the compulsory retirement age for all grades in the service shall be 60 years or 35 years of pensionable service whichever is earlier.

“No officer shall be allowed to remain in service after attaining the retirement age of 60 years or 35 years of pensionable service whichever is earlier,” the law reads.

Also, section 4 of the harmonised terms and conditions of service officers (2017) states that military service of an officer is a period of unbroken service in the armed forces of Nigeria from the date of commission to the date of retirement from service.

The present Chief of Defence Staff, General Abayomi Olonisakin, the most senior service chief, has spent 39 years in service. 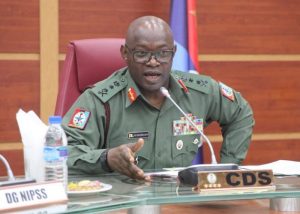 Upon graduation from the Nigerian Defense Academy (NDA) as a member of the 25th regular combatant course, the now 60-year-old general was commissioned as a second lieutenant into the Nigerian army signal corps in 1981.

Until his promotion to a general and subsequent appointment as chief of defence staff in 2015, Olonisakin was commander of training and doctrine command (TRADOC) of the Nigerian army.

On his part, the Chief of Army Staff, Lieutenant-General Tukur Buratai was commissioned as a Second Lieutenant on 17th of December 1983 into the Infantry Corps of the Nigerian Army.

Born on November 24 1960, Buratai was commander of the multinational joint task force (MJTNF) before Buhari appointed him as chief of army staff. 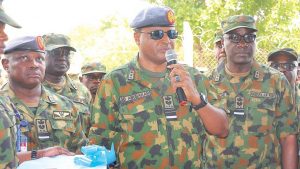 He rose through the ranks, and until his appointment as chief of air staff, the 60-year-old air chief was chief of administration at the air force headquarters.

Meanwhile the naval chief, Vice Admiral Ibok-Ete Ekwe Ibas is a member of the NDA’s 26 regular course and was commissioned sub-lieutenant of the navy in January 1983. 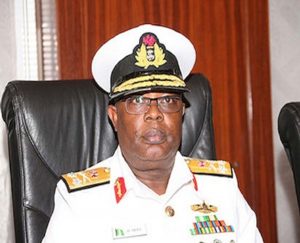 The vice-admiral was the chief executive officer of the Nigerian Navy Holdings Limited before his appointment in 2015.