Kaduna State Governor, Nasir El-Rufai is now free of the Coronavirus disease after his two consecutive tests were confirmed to be negative.

El-Rufai on March 28, 2020 tested positive to the virus and had been in isolation under the strict supervision of our healthcare professionals since then.

Disclosing his recovery via a press release on Wednesday, El-Rufai also narrated the trauma members of his family went through during the four-week period.

“I immediately made a public disclosure of this sad news and proceeded into isolation under the strict supervision of our healthcare professionals.

“I am delighted to report today that after nearly four weeks of observing a strict medical regime, I have now received the all-clear after two consecutive negative test results.

“I thank Almighty Allah for His grace and mercy. I also acknowledge with gratitude the massive outpouring of sympathy, prayers and public support that followed the disclosure of the infection.

“My family not only went through the trauma of potentially losing a member, but also the risk of being infected as well.

“The entire family has been supportive as usual, while my many friends and colleagues from all over the world have sent their prayers and best wishes.

“I wish to thank the diligent medical personnel of our Ministry of Health and the Barau Dikko Teaching Hospital who managed my case for their dedicated and professional care.” the statement read.

Governor El-Rufai, Seyi Makinde of Oyo State and Bala Mohammed of Bauchi State were the three state governors that tested positive to COVID-19 in Nigeria but had since recovered.

Recall that President Buhari’s Chief of Staff, Abba Kyari died of the dreaded virus on Friday, 17th of April, 2020.

Meanwhile, the Kano State Government has evacuated not fewer than 400 Almajiris from its streets as the number of confirmed cases of COVID-19 in the State surged up. 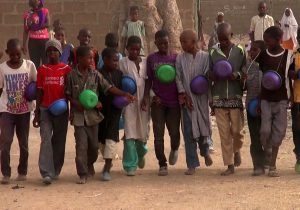 The State Governor, Umar Ganduje had announced the approval of deportation of Almajiris as part of the measures to prevent the spread of COVID-19.

In Kastina State, 419 Almajiris were received from Kano State as at Wednesday.
The Director of Press in the office of the Secretary to the State Government (SSG), Abdullahi Yar’adua in a statement said the almajiris would be taken to the NYSC camp in the state for another round of health examinations from where they would be transported back to their various local governments across the state.

” We thank the Kano State Government for making adequate arrangements in profiling and quarantining the almajiris before handing them over.

“Parents are advised to desist from sending their wards to unknown places, thereby, exposing them to social dangers under the guise of seeking for religious knowledge.

“It is their responsibility to ensure proper upbringing of their children, which is totally lacking in the almajiri system.”

He added that the state government had already closed down both Islamiyya and Qur’anic schools, and returned the almajiris to their parents including those from Niger Republic.
On Tuesday, 22nd of April, 2020, Nigeria recorded its highest daily figure since its first COVID-19 case in February as 117 cases were reported by the Nigeria Centre for Disease Control (NCDC).

With the latest update, the total tally of infected people in the country rose to 782 from 665 reported on Monday evening.

A breakdown of the latest update shows that 59 of the new cases were reported in Lagos, 29 in the FCT, 14 in Kano, six in Borno, four in Katsina, three in Ogun, and one each in Rivers and Bauchi.

NCDC said as of 11:25 p.m. on April 21, there were 782 confirmed cases of COVID-19 reported in Nigeria. Of these, 197 infected people have recovered and have been discharged while the death toll rose to 25 from 22 reported on Monday.