The opposition parties under the umbrella of CUPP have sued the President Muhammadu Buhari led Federal Government, over external Borrowing plan. The National Assembly including the lenders were also included in a separate suit, over what they termed as ‘mortgaging the economic future of Nigeria’.

Ten prayers of the appellant where a request to be granted by the court which includes setting aside and/or nullifying any approval for external loan borrowing made by the 5th Defendant(National Assembly) as any guarantee purportedly offered by the 4th Defendant(President Buhari) in pursuance thereof.

The Spokesperson of the CUPP said:

On the 5th of March 2020, the upper chamber of the national assembly approved the loan request of 22.7 billion dollars by President Muhammadu Buhari.

The external borrowing plan covers 2016 to 2018, which the administration declared will be for the specific project across states of the federation. Before this approval by the 9th upper chamber came to fruition, the previous leadership of the Bukola Saraki led the 8th Senate to reject the move by the President.

China Now The Backbone of Nigeria?

It will be recalled that Sri Lanka handed over a port in 2017 to companies owned by the Chinese as the country was unable to pay it over 1 billion dollars debt. The Centre for Global Development in its 2018 analysis listed Pakistan Tajikistan Mongolia Montenegro amongst countries that will be unable to survive the average debt of China.

Zambia one of the biggest debtors China at risk of debt stress. China has been a major provider of funds for development in the Republic of Zambia. 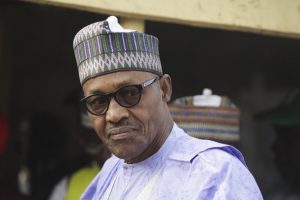 The people’s Democratic Party through a statement said…

“We declare that the loan request by the President is the greatest singular act of disservice any leader could have done to this country. The loan request is riddled with project lop-lopsidedness, lack of financial prudence, secrecy, and plan to use the loan for frivolous projects, over costing of projects, corruption, misapplication, and incompetence. Nigerians must know that of this loan, consultants are expected to take an alleged whopping 40% of the loan while projects are to purportedly take the remaining 60%.

Due to known global economic realities such as the fall in oil prices, the exchange rate of the Dollar to Naira is now about N400 to a Dollar. At this rate, it means that the $22.7b foreign loan will be equivalent to Nine Trillion and Eighty Billion Naira only (N9, 080,000,000,000). More than the entire 2019 budget and just a little less than the entire 2020 budget.

Reports revealed that as of the third quarter of 2019, Nigeria’s debt profile stood at over 26 trillion Naira. Now, this amount of money borrowed Nigeria to embark on projects or finance the budget, has been seen not to be able to bring about economic value with the circumstance of things. Now that money is to be paid back at with interest, what measure have been put in place to clear existing debts.

On the 16th of March 2020, the minister of Finance Zainab Ahmed disclosed that the external borrowing plan had been suspended. Saying “due to current realities in the global economic landscape’’ The spending plan entails; 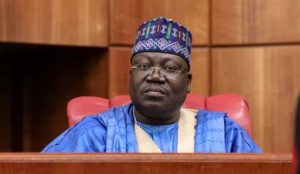 While the borrowing plan by the Buhari led administration has been jettisoned, the economic security of Nigeria ultimately hangs in the balance.

How can a government borrow its entire budget yet citizens are in doubt as to the contents of the loan package?

Is the loan request is the height of Buhari’s administration insensitivity, irresponsibility, and wickedness?