AK-47, The New Staff of Choice For Herdsmen

Take it or you leave it, the Ak47 rifle seems to be the new Shepard’s staff of choice for herdsmen who take delight in killing anyone that stands in their way as they move from one place to another. The number of lives that have been taken in Nigeria by the wicket group is an indication that they have the intent to kill innocent people in Nigeria while hiding under the guise of grazing with their cattle.

The Avtomat Kalashnikova, popularly called AK47, the originating firearms of the Kalashnikov rifle family. Design work on the AK47 started in the year 1945 and was finished in 1947. AK–47, a soviet assault rifle, possibly the most widely used shoulder weapon in the world.

Way beyond the description of the Ak47 riffle, it has become the most sought after weapon for criminals around the globe and Nigeria is not an exception. Even the late Mikhail Kalashnikov, the man who invented the iconic Ak-47 automatic rifle regretted ever creating the weapon as it became synonymous with indiscriminate killing on a large scale.

In everyday crime news across all the available media, there is always a report of at least one AK-47 rifle present at every crime scene. In Nigeria, the AK-47 rifle and its numerous types can be termed as “A Weapon of Mass Destruction “as its availability makes it easy for killings of high impact to be perpetuated by the handlers.

How did the AK47 evolve into a weapon of choice for criminals like the Fulani herders, Boko Haram terrorists, kidnapping gangs, and armed robbers? Herders are men expected to use their Shepard’s rod to control the activities of the cattle as they move from one grazing location to another, and in the process live peacefully with settlers wherever they found themselves.

Time and again, AK47 is used for the killing of defenceless Nigerians on large scale. To the Herdsmen, it is used for the killing of defenceless penchant farmers and rural dwellers, to Boko Haram, it is an assault weapon used in killing our gallant soldiers who fight to defend the nations territorial integrity, to armed robbers, it is used to kill innocent hardworking and resilient Nigerians who barely survive the harsh economy in Nigeria.

The AK 47 rifle was designed to be easy to use, easy to repair and reliable. The ruggedness of the gun makes it the perfect weapon for dirty and sandy conditions no wonder it is synonymous with the lifestyle of the killer herdsmen. 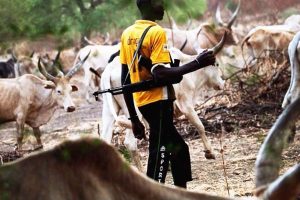 What Makes the AK-47 a Riffle of Modern Terror?

This dated back to the years immediately after the second world war when Russia, then the Soviet Union was developing multiple weapons for multiple roles. It was developed as a weapon suitable for assault under the fear of total war with the listed attributes;

In time past, criminals were said to have pistols, but only a few criminals still use that, they have migrated to the deadlier choice of weapons, the AK-47 range. However, the report reveals that AK47 riffles, though sophisticated, but are cheap, easy to maintain, relatively easy to get and because it is good and near indestructible and can be produced locally as well. It became a preferred choice for Herdsmen who curl it on their backs, making it well suited as a ready to use for evil and rage.

The herdsmen, whose job is to graze on the ground with cattle have turned gunmen with rifles committing various degrees of crimes that seizes the attention of not just the community or state, but the whole country and particularly targeting a tribe, region, and religion.

Similarities of AK47 with other kinds of weapons

Strategic firepower, Design simplicity, top-level reliability there are identified features that make the AK 47 riffle. But worthy of note is that AK47 and an American assault rifle, the AR-15 which became known as the M16 has been the subject of countless comparisons. Both rifles have been used in conflict since 1960, and have been and still used by Armed forces terrorists and criminals, they would most likely be used in decades to come.

The Modernized Kalashnikov Automatic Rifle AKM is the same as the AK47, but the receiver is stamped too and often also has folding stocks, it is a common modernized variant of the AK-47 riffled was said to have been developed in the 1940s. 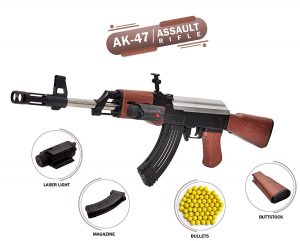 Cost of AK-47 In Nigeria Black Markets And Its Availability

The global financial integrity, in its 2017 report puts the average cost of an illegally acquired AK47 worldwide. For these selected countries which include Nigeria. They are

When $1292 is converted into Nigerian Naira, the value for an illegally acquired AK-47 is about N470, 288 (Four Hundred and Seventy Thousand Two Hundred and Eighty-Eight Naira Only). While the locally made procured version is around 148 dollars, and in Naira it stands at N53, 872 (Fifty Four Thousand Naira only).

Source of AK-47 into Nigeria Not Fully Known

Sources who pleaded under the condition of anonymity explained that criminals such as terrorists, Fulani herders’ and armed robbers use different methods of smuggling to run illegal arms into the country. Most times undetectable methods to security operatives will look like a supply of food to internally displaced persons or those in rural communities.

Though Nigeria’s weak borders, the weapons arrive like ordinary goods. AK-47 rifles are dismantled and conveyed in small vehicles, well-concealed to different parts of the country for heinous crimes.

The Force Public Relations Officer DCP Frank Mba at a maiden briefing for the year 2020 in Katari Kaduna state while showing a motorbike said,

“Security operative would naturally let a motorcycle rider go without knowing that there is a specially designed chamber that acts as a concealment chamber for moving weapons from one place to another. If you have 2 number AK 47 riffles with a hundred and fifty round of life ammunition, you can cause immense havoc to a community” 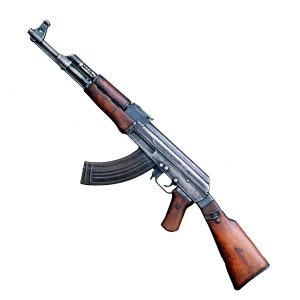 Any Intelligence Report For FG on The Sources of Riffles Coming To Nigeria?

Sources confirmed that cartel of gun-runners is sponsored by political gladiators who have the self-interest to put the nation in disarray. The gun-runners allegedly import firearms from Turkey, Libya, brought in either by road or shipped.

At a time the Federal Government of Nigeria was in touch with Turkey on the frequency of illegal arms importation, little or no gains were made to stop the proliferation of arms, a reason why the killer herdsmen still thrive in their heinous activities. There appears to be no intelligence on the sources of riffles that come into Nigeria.

The mystery about Defense Budget for Arms Procurement

On the 20th of February 2020, the Inspector General of Police Mohammed Adamu revealed that none of the law enforcement agencies have in their possession the calibre of weapons in the artillery of criminals in Nigeria.

However, it will be recalled that in 2017 the Buhari led administration announced the plans of the government to withdrawal 1 billion dollars from the excess crude account to fight Boko Haram. This was intended to procure arms for the military among other things. In 2018 President Muhammadu Buhari withdrew $462 million from the excess crude account without getting approval from the national assembly. Then in July 2019, the Presidency said N876.9 million was already spent from the money domiciled at the Central Bank of Nigeria, with 123, 111,571.29 dollars declared unspent.

After all these, humongous money spent, insecurity is still the order of the day. Some have even accused the armed forces of huge compromise to the unending killings been witnessed across the country.

Considering the quantity of the rifle available for criminals in Nigeria, what quickly comes to mind is, where did they get it? Who supplies them? How many are in the hands of criminals in Nigeria? Who is behind the regular supply of arms and ammunitions to notorious groups which kill Nigerians daily? The disruptive tool AK 47 has flooded the world for over sixty years retaining an outsize role in the organization of violence. 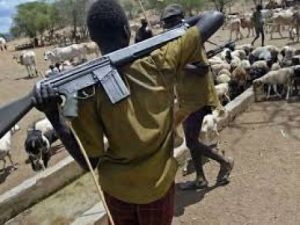 How did herdsmen and other criminal groups get access to this sophisticated weapon? How are they able to afford guns and bullets to kill, steal and destroy precious souls of men, women and innocent children?

Will Herdsmen continue to kill people day in day out?

Why did they use weapons, when they are supposed to be cattle breeders?

How long will the Killings of farmers by Herdsmen in Nigeria be?

Are there people hiding under the guise of herdsmen perpetrating this heinous act?

Do you agree that in Nigeria, cattle are valued more than people?