The Independent National Electoral Commission has de-registered the political parties in which some prominent Nigerians are members and they played key roles during previous elections.

The INEC chairman Professor Mahmood Yakubu while briefing journalists in Abuja on the status of political parties and conduct of some off-season and bye-elections, said the commission said it determined that sixteen(16) parties fulfilled requirements to be in existence based on section 225A of the 1999 constitution (as amended). 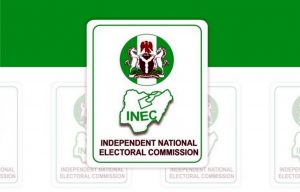 “Before the Fourth Alteration, the Electoral Act 2010 (as amended) had provided for de-registration of political parties. Based on this provision, the Commission, between 2011 and 2013, de-registered 39 political parties. However, several of the parties challenged the power of INEC to de-register them, particularly on the ground that the Electoral Act is inferior to the Constitution and that de-registration infringed their fundamental rights under the same Constitution. The National Assembly amended the Constitution to empower the Commission to de-register political parties on the following grounds; Failure to win at least 25% of the votes cast in one State of the Federation in a Presidential election or 25% of the votes cast in one Local Government Area of a State in a Governorship election. Failure to win at least one ward in a Chairmanship election, one seat in the National or State Assembly election or one seat in a Councillor ship election” 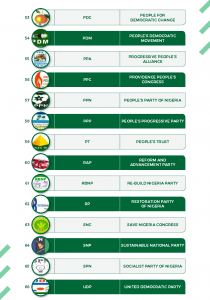 An End to Party Politics?

This certainly this may not be the best of times for political parties in Nigeria who have been de-registered by the electoral umpire. Some prominent persons like Oby Ezekwesili, Bankole Wellington also known as Banky W and Economist Top Fasua contested under these platform of these parties. But since Nigeria runs a democratic system of government what then does this mean for democracy? 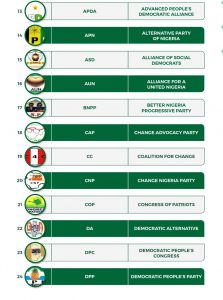 Status of Political Parties In 2019

The Commission evaluated political parties to determine compliance with the requirements for their registration and following the conclusion of the 2019 general election, including court-ordered re-run elections arising from litigation, the Commission was able to determine the performance of political parties in the elections. Besides, they were also assessed based on their performance in the Area Council elections in the Federal Capital Territory (FCT) which coincided with the 2019 general election. 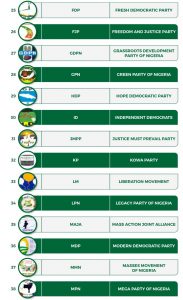 The tenure of the Governors of Edo and Ondo States will end on 12th November 2020 and 24th February 2021 respectively. According to the provisions of Section 178(2) of the 1999 Constitution and Section 25(8) of the Electoral Act 2010, elections cannot hold earlier than 150 days and not later than 30 days before the expiration of the term of office of an incumbent Governor. INEC has fixed Saturday 19th September 2020 as the date for the Governorship election in Edo State and Saturday 10th October 2020 for Ondo State. 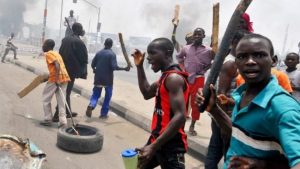 INEC also resolved to stand firm against acts capable of disrupting the elections. But it appears all elections conducted of late have turned out bloody, killing maiming evening when all hands seem to be on deck and agreement of good behavior by all officials and actors, there are still reported and recorded cases of violence.

“Violence during party primaries and electioneering campaigns, the snatching of election materials or the deployment of thugs against INEC officials, observers, the media and unarmed security personnel at polling units are acts punishable under our electoral laws. Already, the political atmosphere in a particular State is charged. No one should regard the release of the Timetable for the elections as a signal to further escalate tension or a call to commence the recruitment of goons and arming of thugs and hoodlums”