How Buhari Is Contributing to Almajiri Street Begging

President Muhammadu Buhari has been accused by a member of Arewa Consultative Forum, Tanko Yakasai, of contributing to the challenges bedeviling the Almajiri system of education in northern Nigeria.

Yakasai alleged that the Buhari administration failed to build on the achievements recorded by the previous government of Goodluck Jonathan in providing infrastructure to house the Almajiri students.

“Goodluck Jonathan who was not a northerner considered the Almajiri problem a Nigerian problem; even though the practice is predominantly in the North, He took practical steps to find a lasting solution to this problem. He built and equipped schools where these children who are roaming the streets will be housed and given Western and Islamic education to make them useful to themselves and society. What has happened to this initiative? We now have a northerner as President and a northerner as Minister of Education, have they even considered fine-tuning this initiative if they find the previous attempt defective?”

Almajiri, as the children are erroneously referred to, originates from the Arabic word Al-Mahaajirun, which means a learned scholar who searches for knowledge at home or in transit, displays high moral behavior and propagates the peaceful message of Islam.

However, in Nigeria, we use the term to describe children who live on the alms they get from the streets. Ironically, a general characteristic of these children is that they have no form of education.

The ‘Almajiri’ children make a large chunk of Nigeria’s 13.2 million out of school children. About 8 million of this number is in 10 northern states and Abuja and over three million children who migrated from neighboring countries like Niger, Chad, and Northern Cameroon are roaming the streets of Northern Nigeria. 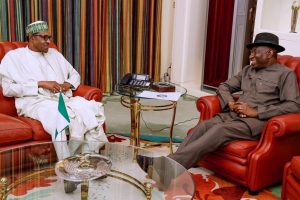 Former President Goodluck Jonathan in 2010 invested about N15billion to construct Almajiri Integrated Model Schools across northern states. The schools were aimed at integrating and modernizing the system with formal education.

Jonathan launched the program on April 10, 2012, at Gagi in Sokoto State, where he registered 25 pupils in the new model boarding school, equipped with modern facilities. A total of 157 of such schools were completed and commissioned before June 2015.

However, the projects were converted to other uses when that government lost power in 2015.

In 2019 the National Security Adviser, Babagana Monguno drew the attention of the National Economic Council to the danger of the Almajirai practice, calling for actions to deal with the issue. Buhari reacted saying that the government would not carry out plans to ban the Almajiri system until it has consultations with everyone involved. 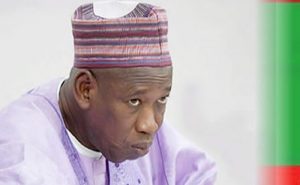 The negligence of the government on the issue of the Almajiri has been described by many as a time bomb. Many researchers have linked these children as easy recruits for the Boko Haram sect. Researcher, Zakari Yau, said he discovered that Almajiri, from street beggars, transform to street gangs known as Yandabas in Kano.

This led the Kano state government take the first proactive step in 2019 when he constituted a technical committee to remodel the Almajiri system of education in the state as a way of arresting the menace of children roaming the streets and begging.

He charged the committee with the task of initiating ways of integrating the system into the mainstream curriculum-based education system that will comply with international standards.

Recently, the Governor has just announced a ban on street begging by children to fully consolidate the free and compulsory primary and secondary schools education in the state.

The governor of the state, Abdullahi Ganduje warned that henceforth, Almajiri teachers must accept the new approach put in place by the state government.

“If Almajiri teacher thinks he cannot accept the new policy he has to leave the state. When Almajiri are caught begging, it is not only that beggar is caught, but his parents or guardians. Such parents or guardians would be taken to court to face the wrath of the law,” Ganduje said

As a potential threat to national security, the federal government would be caught napping if the Almajiri phenomenon is not addressed once and for all.