The committee, headed by the President of Burkina Faso will be looking into the closing of Nigeria’s borders and its implications on countries in the West African sub-region.

The ECOWAS Heads of States and Government has inaugurated a committee to investigate the closing of Nigeria’s borders and its effects on neighbouring countries in the West African region.

The new committee will be headed by the President of Burkina Faso, Roch Mach Christian Kabore. The decision was agreed upon at the extraordinary session of ECOWAS leaders which convened on the margins of the 33rd AU Summit on Sunday in Addis Ababa, Ethiopia.

The summit was chaired by the ECOWAS Chairman, President MahamadouIssoufou of Niger Republic, and attended by Nigeria’s own President Muhammadu Buhari.

On 20th August 2019, the Nigerian government announced that it would close all its land borders with Niger, Chad, Cameroon, and Benin for a limited time to check the smuggling of food and petroleum products. Though initially set up to end by 31st January 2020, the closure has continued until now. It has been criticized as violating the ECOWAS Treaty and African Continental Free Trade Area (AfCFTA) by limiting the free movement of people and goods between African nations. There are also issues of smuggling of firearms and drugs, human trafficking, and transborder insurgency which have threatened the peace and economic stability of the ECOWAS member states. 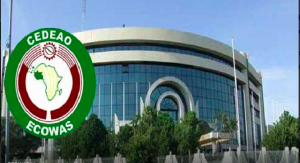 The principal aim of the closure which was to curb smuggling is debatable as smuggling continues unabated in the borders despite the closure and especially in the weak northern borders. This has been necessitated by the fact that demand often exceeds supply, hence the need for more goods to be brought into the country to meet demand. This, in turn, has led to an increase in prices of other foods such as bread, meat, and fish, which has heavily impacted on the Nigerian consumer, which is one area that has been directly impacted by the closure is the border communities.

Custom officials had earlier banned the supply of petrol to fuel stations within 20 km of the border. This has affected businesses in the area as fewer vehicles are going through the borders to buy fuel. This, in turn, also affected the sale of other goods such as secondhand clothing, used cars, charcoal, frozen poultry, and grains. A resident of Badagry, near the Benin border, noted that the price of petrol had doubled, while the charge for motorcycle drivers had tripled.

Small stores dependent on the cross-border traffic were also folding up due to diminishing sales and high operating costs. 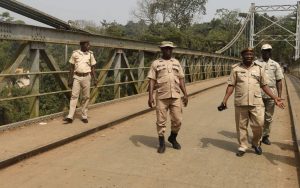 The closure has also affected export trade causing some businesses to close up due to being unable to export their goods across the border to neighbouring countries.

On the other hand, the border closure has led to a boost in the local production of rice within the country and reduced consumption of petrol. Also, the Nigerian government has seen an increase in revenues through duties on goods moved legally through the ports.

Nigeria’s Foreign Affairs Minister, Geoffrey Onyeama, speaking to journalists, reassured them that the ECOWAS committee would study the effect of the border closure on the affected countries and present its report soon.

Also on the agenda at the ECOWAS Leaders’ Summit was the topic of the Eco single currency and Guinea Bissau’s post-presidential election situation.

Speaking on the Eco currency, Onyeama said “the convergence criteria had not been met by many of the West African countries. Hence, this necessitated that there would be a time extension before the take-off of the single currency. Earlier, Nigeria and other English-speaking African countries had condemned their French counterparts for agreeing to adopt the Eco as the primary currency, with or without the English-speaking countries. This caused a division within the ECOWAS, despite years of discussions over the Eco”.

On the issue of Guinea Bissau, the minister noted that an appeal of the presidential election had been made, and they are waiting on the Supreme Court to decide on the case.