The North Remains Backward And Poor Because Of Polygamy – Sanusi

“The poverty level of the North is 80 percent; while in the south, the percentage is 20 percent, simply because of the culture of marrying many wives and producing many children

Polygamy, the ancient practice of having more than one spouse, is quite prevalent in Northern Nigeria. Though present in Yoruba and Igbo lands, polygamy is heavily practised in 12 Northern states governed by Islamic sharia law where more than a third of married women reportedly have one or more co-wives.

While not in all cases, many families that practice polygamy often live below the poverty line. This is perhaps the reason The Emir of Kano, Sanusi Lamido has warned that the North could remain backward and in abject poverty unless it reviews its culture of polygamy

The emir who spoke at the convocation ceremony of the Federal University Gusau condemned the culture of marrying more than one wife by those who could not even properly take care of a single wife consequently producing many children warning this keeps the north behind other regions.

In Sanusi’s remarks contained in a paper presented by Dr Usman Bugaji said “The poverty level of the North is 80 percent; while in the south, the percentage is 20 percent, simply because of the culture of marrying many wives and producing many children who, in the end, are left on the streets to beg for what to eat.”

Sanusi warned that if unchecked the culture could breed a situation far worse than drug abuse, Boko Haram, banditry and unemployment in the next 20 or 30years.

Polygamy is legal in over 50 countries and remains common in at least 25 African countries, including Cameroon, Egypt, Kenya, and Nigeria. 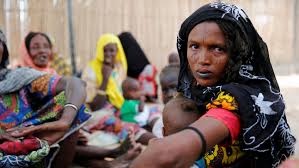 Although polygamy is more common among Muslims today, it did not originate in Islam.  Polygamy has been traced to the 1st-century preindustrial revolution society but the practice likely started before then as there are many references to it in ancient texts.

In Nigeria, regions with a high prevalence of poverty also have the highest polygamy rates. The 2017 Demographic Health Survey by the National Bureau of Statistics (NBS) shows that 44% and 47% of women aged 15-49 in the Northeast and Northwest are in polygamous unions, and 20% and 25% of men are in the same. These regions are also the poorest in Nigeria.

The relationship holds across countries. Countries with the highest rates of polygamy also have the lowest income levels, barring a few exceptions like Saudi Arabia and Qatar. In Kenya, 43% of polygamous households are poor compared to 27% of monogamous ones.

As Emir Sanusi pointed out when a man takes on multiple wives and does not have the economic resources to cater for them this leaves them destitute.

This becomes a problem especially in the northern part of Nigeria where women marry extremely early, the age-gap between husbands and wives is large, fertility rate is high, typically a bride price is paid at marriage, and women have limited economic power. 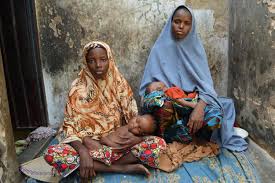 To this end, Emir Sanusi Lamido Sanusi has encouraged northern universities to come up with solutions to this.

Many international organizations such as UNICEF and WHO continue to advocate for increased education especially for women and girls. This allows them to develop resourceful skills while giving them information to make the right choices before marriage