The report reveals that criminals such as terrorist, armed robbers, kidnappers and bandits alike use methods of smuggling contraband goods to run illegal arms into the country.

The Nigerian Police Force has unveiled the new method being used by criminals to conceal sophisticated arms in their possession.

At a maiden briefing for the year 2020 in Katari, Kaduna State where the Police also paraded about sixty suspected criminals for various offences bothering on kidnapping, armed robbery, illegal possession of firearms, criminal conspiracies among other crimes, the Force Public Relations Officer, DCP Frank Mba disclosed that criminals now use specially designed chambers under the seats of motorbikes to conceal illegal arms.

The Force Public Relations Officer DCP Frank Mba also said since the launch of operation puff Adder, “the combined activities of men of the Puff Adder especially our crack operatives and detectives from the STS and the IRT backed up by operatives of the Counter-Terrorism Unit, the PMF the Special Anti-robbery Squared, special forces as well as the conventional police unit have seen the Nigerian police force, effectively and successively smoking out the Kidnappers and the Armed robbers on this axis” 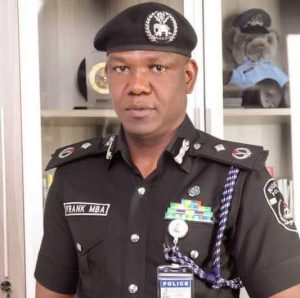 Those paraded, according to the FPRO are those, whom prima facie cases have been established, while some are still on active investigations and as soon as investigations are concluded the suspects would be arraigned in court.

How criminals get Arms

The report revealed that criminals such as terrorist, armed robbers, kidnappers and bandits alike use methods of smuggling contraband goods to run illegal arms into the country. Most time undetectable methods to security operatives that will look like a supply of food to internally displaced persons, times, weapons appear and arrive like goods, dismantled and conveyed in small vehicles or other means of transportation to different parts of the country for heinous crimes.

According to the Police, sometimes the tactics used by “these criminals beat security checks. The cartel gun-runners allegedly import firearms from Turkey, Libya and are brought either by road or shipped. At a time the Federal Government of Nigeria was in touch with Turkey on the frequency of illegal importation. Security reasons aside economic reasons perhaps birthed the decision by the Government to close land borders.

Operation Puff Adder was launched on the 5th of April 2019 by the Inspector General of Police, Mohammed Abubakar Adamu. To tackle violent crimes such as kidnapping, armed robbery and armed banditry across the country. Between April and June 2019, the success recorded includes rescue of 63 kidnap victims, 4 Chinese nationals, and rescue of Channels Television staff. Rescue of UBEC chairman and arrest of 2175 suspects.

Between January to December 2019, a total of 6,531 high profile suspects were arrested in various police operations. They include 2,627 Armed Robbery suspects, 1621 suspected cultists 1527 kidnapping suspects 758 murder suspects. 2,037 firearms of various calibre and descriptions were recovered 21,870 ammunition and 1662 vehicles were also recovered. A total of 945 kidnapped victims were rescued in various police-led operations in the country.

For over seven years there had been increasing and consistent mishap for travellers along the Abuja Kaduna High-way such as accidents but what became more worrisome was the kidnapping activities of criminals suspected to be bandits, who sometimes kill and abduct their victims. This made motorists and commuters alike to now opt for the rail mode of transportation to Kaduna, northwest Nigeria.

In June 2019, in an exclusive interview with Roots TV Nigeria, the Force public relations officer declared the Abuja Kaduna High way safe for motorists attributing it to the successes recorded in operation Puff Adder. The new challenge abode of criminals according to citizens appears to Lokoja –Abuja high way.

The suspect in this case Haruna was arrested in Kaduna while trying to move the two AK47 rifles and magazines which contains thirty rounds of life ammunition making a total of a hundred and fifty rounds to Niger state. 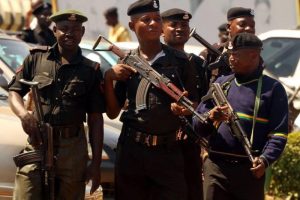 Mba said “If you have 2 AK 47 riffles with a hundred and fifty round of life ammunition, you can cause immense havoc to a community”

While showing a motorbike the Force PRO said security operative would naturally let a motorcycle rider go without knowing that there is a specially designed chamber that acts as a concealment chamber for moving weapons from one place to another.

Seidu Adamu a nineteen-year-old suspected kidnapper, whose duty entails surveillance so his gang carries out a smooth operation was among the paraded suspects

Ali Farah was arrested for the offence of criminal conspiracy, armed robbery kidnapping and illegal possession of prohibited firearms.

Ibrahim Idris said in one of their kidnapping operations in Maraba-Jos area in Kaduna, they kidnapped a woman and they shot the husband and they eventually collected ransom before releasing the husband

The criminals while carrying out the operations deploy the use of charms. Frank Mba while showing the arrays of recoveries said: “there is no greater charm than the police uniforms and when these charms come in contact with our uniforms they become ineffective”.

The Force PRO said the police have an unwavering commitment towards raiding the nation of all forms of criminals and criminal elements remain irrevocable. He said the force is passionate and resolute. Some of the operational vehicles launched by the President have been fully deployed. CCTV on the move vehicles are fully functional and there are playing very key roles in supporting the operations of the STS operatives as well as the IRT operatives the special anti-robbery operatives and other tactical as well as investigative outfit of the Nigeria Police Force.