Killing of Adamawa CAN Chairman Reignites Religious Hostilities in Nigeria

The murder of the Chairman of the Christian Association of Nigeria (CAN) in Michika Local Government of Adamawa State, Rev. Lawan Andimi by Boko Haram insurgents has renewed hostilities between the two major religions (Islam and Christianity) in Nigeria.

Andimi was declared missing on January 2, 2020, but was seen in a video published by the insurgents on January 5 where he confirmed his abduction and pleaded to the Christian body and the Federal authorities to his rescue.

The dreaded Boko Haram insurgents were said to have rejected the sum of N50 million ransom offered for his release and executed the cleric on Tuesday, 21st of January 2020.

A North East-based journalist, Ahmed Sakilda, was the first to break the news of the cleric’s death on Twitter.

To break some news items can traumatize. I'm battling with one of such. Reverend Andimi, abducted by #BokoHaram was executed yesterday. Rev. Andimi was a church leader, a father to his children and the community he served. My condolences go to his family. pic.twitter.com/1G9n3RLQjk

Reverend Lawan Andimi was beheaded yesterday afternoon, the video of the appalling executions with that of a soldier was obtained at 2:42pm. I made sure that the family, the authorities and the church were duly informed before the news was put out to the public this morning.

Andimi was not the only Nigerian of Christian faith killed by the terror group penultimate week, news of the killing of a student of the University of Maiduguri, Daciya Dalep also filtered on Thursday morning. 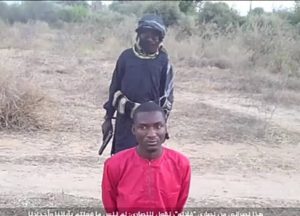 The 22-year-old Dalep, an indigene of Plateau State was abducted on Thursday, January 9 by the terrorist group while on his way to school to resume for the new semester but in a viral video on Thursday, Dalep was killed by a child soldier who shot him straight in the head. ”We won’t stop until we revenge all the blood that was killed,” the young soldier said before shooting Dalep.

While Federal government and the military have repeatedly claimed that the insurgents have been decimated, the recent abduction and killing of Andimi and Dalep have reignited the condemnation of government’s handling of the fight against the insurgents.

The Christian Association of Nigeria (CAN), described the recent killings as a shame to the Nigerian government.

The Christian apex body also passed a vote of no confidence on the security chiefs and called for the overhauling of the entire security architecture of Nigeria.

“We recall sadly that Late Rev. Lawan Andimi, while in captivity, made a passionate appeal to the leadership of his church and the Federal Government to come to his rescue. The Church did everything within her reach to secure the safe release of this pastor gentleman but it was not possible because they didn’t have the military power to do so. Just last Sunday, a clergyman, Rev Denis Bagauri was murdered by unknown gunmen in his residence at Mayo Belwa of Adamawa State.

“The Church views the unabated kidnappings, extortions and killings of Christians and innocent Nigerians as shameful to the government that each time boasts that it has conquered insurgency.

“It is reprehensible and saddening that each time the government comes out to claim the defeat of the insurgency, more killings of our people are committed.

“In the light of the current developments and the circumstantial facts surrounding the prevailing upsurge of attacks against the church, it will be difficult for us to believe that the Federal Government under President Muhammadu Buhari is not colluding with the insurgents to exterminate Christians in Nigeria, bearing in mind, the very questionable leadership of the security sector that has been skewed towards a religion and region.

“Is that lopsidedness not a cover-up for the operation of the insurgency, If not, why couldn’t the well-equipped security agents of Nigeria get this man killed rescued?” CAN queried in a statement signed by the Director, Legal and Public Affairs, CAN, Evangelist Kwamkur Samuel Vondip.

The Nigerian Supreme for Islamic Affairs (NSCIA), the umbrella body of Nigerian Muslims headed by the Sultan of Sokoto, Sa’ad Abubakar however considered CAN’s reaction inciting saying the Christian body must think through about its comment.

“We condemn it in the strongest terms. It is barbaric, provocative and a flagship example of man inhumanity to man. The Council believes that Boko Haram is trying to make the country ungovernable and to incite Christians against Muslims in Nigeria. 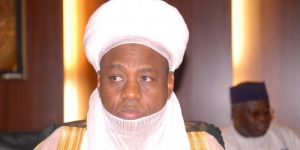 “The Council hereby expresses her heartfelt condolences to the immediate family of Pastor Lawan Andimi in particular and the leadership and members of the Christian Association of Nigeria, CAN, in general.

“We equally want to seize this opportunity to appeal to the leadership of CAN in Nigeria to be wary of the comments and statements it puts out in the public domain, so as not to play into the antics of the enemy. We should think-through and be sure that our comments are in the interest of national peace, security and cohesion”.

According to the Supreme Council, it is committed to a united Nigeria, where everyone is protected and free to practice his/her religion without any encumbrances.

Wanton religious crises are on the increase in Nigeria and the advent of social media is aggravating the polity, the Killings of Reverend Andimi and Dalep has further stirred up religious hostilities on the new media platforms.

Just like CAN AND NSCIA, a cross-section of Nigerians have also painted religious colouration to the incident with some accusing members of the other faith of “backing the insurgent’s agenda of exterminating the other dominant religion in the country.

After the execution of Ropvil Daciya Dalep few days ago by #ISWAP / #BokoHaram, there's every indication that at least two more Christian Plateau state youths have also been executed by the murderous Islamistshttps://t.co/om42gqrXHI https://t.co/pFndowT0Zm pic.twitter.com/iS7y6AMZMn

The price of being a Christian is Death. An undergraduate Christian, Daciya Dalep, being executed by Boko Haram/ISWAP jihadist. 23/01/2020. Christians have become endangered species in Nigeria. The Nigeria Government, one and the same with the jihadist, do nothing about it. Help. pic.twitter.com/4Od2jVnHgi