This ban covers bridges and some highways in 15 Local Governments and Local Council Development Areas. The ban also includes Opay and Gokada operators

Being the most populated state in Nigeria with a population of over 20million, Lagos is synonymous with intense traffic gridlocks which makes commuting a nightmare for residents.

Though several administrations have attempted to create palliative measures to ease transportation problems which includes the creation of the Lagos Bus Rapid Transit (BRT) System, which has its dedicated lanes, the problem persists.

However it is about to get worse as The Lagos State Government has banned the activities of commercial motorcycles, popularly called Okada, and tricycles, known as Keke Marwa or Keke Napep which had significantly reduced the stress of commuting around Lagos.

This ban covers bridges and some highways in 15 Local Governments and Local Council Development Areas. The ban also includes Opay and Gokada operators which were initially approved by the State government as the only legitimate motorcycle means of transportation within the metropolis. 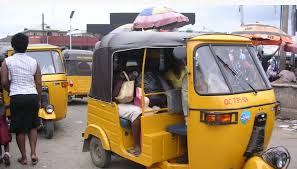 The government said the full enforcement of the ban would commence on February 1, 2020. This was contained in a tweet by Governor Babajide Sanwo-Olu’s Senior Special Assistant on New Media, Jubril Gawat, on Monday.

The government cites the security challenge and consequent accidents posed by these bike operators as reasons for the ban, According to Gbenga Omotoso, Lagos State Commissioner for information, these Okadas are used for several armed robbery attacks on residents in Lagos.

Omtosho says from February the government will commission six boats to increase waterway transport. He assures there will be more buses and massive deployment of vehicles is ongoing even as the Lagos state government works on clearing the gridlocks that prevent the free flow of traffic

This is not the first time the Lagos state government has attempted to initiate a ban on Okada and tricycle operators.

Since the Lagos State Traffic Law came into effect on August 22, 2012, Okada operators have operated as outlaws. Citing safety issues, the government had embarked on massive clampdown, which has over the years, impounded eight million motorcycles and sent them to the state’s scrap yards. 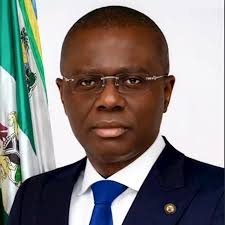 Section 3 (1) of the law had restricted Okada operators from 475 roads, highways and bridges. Though the government never totally banned them from all her roads, it restricted motorcycles with lower than 200cc to the inner city roads.

Factors ranging from dangerous road attitudes, armed robbery, stealing to the flouting of traffic laws were some of the reasons for the restriction. In September 2019, the Lagos state government said 200 Okada accidents were recorded in the state on a monthly basis, with 150 people killed in tricycles accidents in the last four years.

Meanwhile, the relationship between Okada riders and law enforcement agencies have always been filled with rancour as Some Okada riders accused policemen of harassment even when they plied routes not listed by the law.

The police had profiled Okada as the single most dangerous phenomenon in the state then. Security reports showed that most cases of mugging and burgling are carried out with Okada.

However, the worsening and road crisis in Lagos has made it difficult to stamp out Okada operators, as it remains the preferred option by commuters desirous of moving about in the state. To bridge this, some entrepreneurs had attempted to revolutionize Okada riders in Lagos in a bid to reduce the security problem associated with the rides.

Such initiative includes Max’Okada, O’pay and Go’kada which aimed to provide a decent source of income for the operators and fast reliable rides to commuters. This seemed to have worked for a while until the Jide Sanwo-Olu administration which has revisited the debate on Okada and tricycle operations in Lagos.

Okada Ban Back In Force

Despite reeling out frightening statistics on Okada and tricycles menace, the Lagos State Government on January 13, 2020, promised it will not be taking definitive action against illegal operations of commercial motorcycles and tricycles on restricted routes across the State.

This had come after a four-hour Security Council meeting chaired by Governor Babajide Sanwo-Olu and attended by all commanders of security agencies in the State. However Sanwo-Olu made a U-turn to finally ban commercial motorbikes, popularly referred to as ‘Okada’, from plying the city’s busy, chaotic and congested roads.

The Okada was restricted from plying bridges a week ago, but it’s now been banned from a major part of the city.

Shortly after the ban was announced many Nigerians especially Lagosians took to social media to express their disappointment at the initiative. Many accused politicians of giving out Okadas and tricycles to entice electorates to vote them in but ban the use of these vehicles once elected into office. Others also fault Lagos government’s introduction of the law without introducing palliatives to help ease the suffering the absence of Okadas and kekes will cause

I am not against the Govt banning Opay, Gokada, Keke or Okada, my problem is before placing this ban what other means of transportation have they put in place first to aid the citizens? Nigeria govt do things without considering the welfare of their citizens so bad.

Let me breakdown this Okada ban.

1) Direct job loss for riders. (Over 40,000 of them).
2) Increase to an already horrible daily traffic in Lag.
3) Many businesses rely on Okada riders for delivery. That has been destroyed. This will cause a further job loss for their employees. pic.twitter.com/hBAYYRFKlM

Lagos state has about 10000 okada riders and 10000 keke riders yet those of you affected by the ban can't hit the street to demand for another alternative. Okada has been a tradition in Nigeria that can't be easily erased and This is why I say Nigerians are dump.

However, with the administration failing to first introduce palliative or alternative measures before introducing the ban this signals tougher days ahead for Lagos commuters.