Nigerians are yet to see the results from the use of the recovered assets, it takes an average of 10 years to confiscate criminally obtained assets.

The Buhari’s Anti-Corruption fight has failed in delivering results. This is according to the Civil Society Legislative Advocacy Center after the release of the 2019 Corruption Perceptions Index (CPI) by Transparency International which revealed that Nigeria has further slipped down in the perception of corruption in 2019.

The newly released index published in Nigeria showed that Nigeria scored 26 out of 100 points in the 2019 CPI, falling back by one point compared to last year. In the countries comparison, Nigeria ranks this year 146 out of 180 countries – two places down compared to 2018 results.

Why Nigeria Got the Corruption Ranking 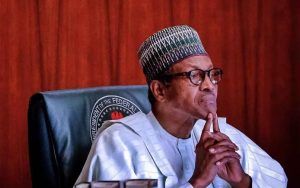 Progress Made By Government

The introduction of the Single Treasury Account eliminated enormous leakages in most MDAs; the launch of the Anti-Corruption Strategy has provided, for the first time, a clear national strategy on how to fight corruption. The rate of convictions on anti-corruption charges and the volume of confiscated assets has provided a tangible deterrent to some corrupt officials.

Introduction of the Know-Your-Customer policy in the financial sector has made it much harder to export proceeds of corruption abroad and may have reduced the rate of the billions of US dollars leaving Nigeria illegally every year. Some partial breakthroughs on the introduction of the Beneficial Ownership database of true owners of the Nigerian oil and gas sector provide some optimism that monumental corruption in the Nigerian oil and gas sector can be tackled at last. These are tangible results, which the Government should be proud of. But the civil society organization questions why despite the reforms, the image of Nigeria on corruption is so dismal.

CISLAC said all useful reforms in Nigeria are limited to those who cannot afford to ignore them. The pre-election period was said to have witnessed mind-blowing scandals, which stayed without consequences. Politicians stashing millions of dollars in kickbacks or having corruption charges upon them just need to switch political parties or stay loyal and charges were dropped against them. Despite pieces of evidence brought by brave media and civil society, prominent personalities in politics and business are untouchable by Nigerian law enforcement agencies and the executive.

The backlash against media and civil society

Like previous years, last year witnessed further growth in civil society and media involvement and activism in anti-corruption. A lot more investigative journalists are risking their lives to expose corruption in procurement, constituency projects, and government spending, while civil groups are collaborating to put pressure on government across the federal and local government levels to make duty bearers accountable. These efforts are helping to put corruption in the public consciousness and mobilize civic voices.

According to CISLAC, “the Nigerian elite needs to reflect on the state of Nigeria and look at the foundations why we do not progress. Rule of law needs to apply to all, not just those who are powerless. Government sanctioned attacks on journalists and civil society discount the little progress that we are making against corruption. Political parties and a complete breakdown of political integrity are the real sources of Nigeria’s lack of progress”.

“There is a need to have an impartial discussion of what corruption is and how it can be tackled without a political agenda behind it. The approach to the legal and policy framework seems to be dominated by hidden agendas. But the period also witnessed increased attacks on civil society organizations and the media”.

According to CISLAC Executive Director;

“There were increased threats to civic space, targeted attacks, and arrest of journalists and civil society activists. Exposing corruption of those in power was met with harassment and intimidation. One example was the attack on a journalist with a privately-owned broadcaster, Rave Television, in Edo State, by a group of people on November 9, 2019. In another prominent example, Omoyele Sowore was dragged out of the courtroom while the judges were held at gunpoint by DSS. The whole world watched in shock as the state apparatus became a major threat to public safety and justice in Nigeria.”

Institutionalized corruption in political parties VS Lack of political integrity

Nigeria’s system of governance and the foundations of democracy glaringly is on shaky grounds. Political parties have perhaps become platforms without ideology and ideas to offer voters. CISLAC stated that “Our politicians are masters of survival changing political parties as they please. Political party primaries are for sale to the highest bidder in a system where God-father-ism thrives and criminals have a filled day, buy themselves the right to loot Nigeria from within the Government, National Assembly or other politically exposed positions. Nigeria won’t win the fight against corruption when corruption is institutionalized within the political party system.

At various arms and levels of government, you will see routine and systematic abuse of office by many government appointees that have been elevated to a position of being celebrated and yet the government has decided not to acknowledge the serious negative impact of this on government’s failure in its anti-corruption campaign.

Does The Government Understand Corruption and How to tackle it?

The lack of consistency and understanding of what corruption has made Corruption thrive with incompetence and lack of technical understanding in many areas.

Looking at the privatization of the energy sector and what is considered to be the botched defence contracts. Promotion and advancement follow ethnic biases, technical understanding of governance, including the fight against corruption appears to be a scarce commodity. Despite legal and policy provisions for many aspects of anti-corruption, Nigeria still lacks crucial laws and policies on things like assets recovery, which the Government takes as a big success. CISLAC believes, “management of confiscated assets is questionable, if not dubious. The government has not created a transparent and accountable mechanism for the management of recovered assets and loots. It does not brief Nigerians on the whereabouts of the recovered assets and loots, where it is being used and how”

Nigerians are yet to see the results from the use of the recovered assets, it takes an average of 10 years to confiscate criminally obtained assets. Nigeria has no legal and policy framework which would enable accountable confiscated assets management. The Proceeds of Crime Act under negotiation by civil society and other groups for 10 years has not been signed by the Presidency. The CSO holds the view that it is probably due to the resistance of the anti-corruption agencies, which do not want any accountable and transparent system. 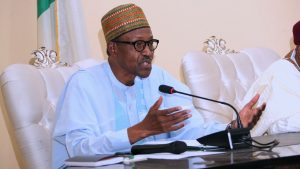 Nigeria is not making progress. Though it has good recommendations, they are never implemented. Nigeria is the world leader in the number of poorest of the poor. Insecurity has become endemic everywhere in the country. The state of roads, hospitals, schools is disastrous. The government identifies procurement as the single source of corruption.

As reported every year, CISLAC says Nigeria cannot make progress against corruption if some key sectors do not see rapid improvement. Anti-corruption in the defense and security sector is even openly loathed by some government officials. Illegal checkpoints, secretive military procurement and corrupt usage of security vote’s fuel insecurity and insurgency. There have been reported cases of Corruption in the energy sector, education, health, and others, which may not be as evident as by the police or security services but it eats out the social fabric of Nigerians. Every generation of Nigerians comes in less educated, less healthy and worse prepared than the generation before.

Is Governments Decisions and Efforts Fruitful?

The negative result of 2019 provokes tough questions. Despite the proclaimed war on corruption, why is Nigeria perceived by Nigerians and the international community as still very corrupt? The Government of Nigeria claims to win the war on corruption, but is this statement backed by evidence?

As every year, when results are not favourable to the Government, the CPI, CISLAC and all other critical citizens will be dismissed, branded as unpatriotic and some activists may even be physically attacked. Instead of analytically discussing why Nigeria does not seem to be winning the war on corruption, the Government and her supporters will spend taxpayers’ resources and precious time on denying the obvious – Nigeria does not make much progress in the fight against corruption, period 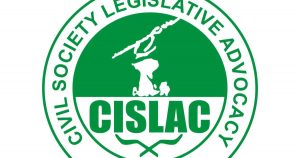 There must be increased transparency and accountability in the management and use of recovered assets. The rule of law must be upheld in the fight against corruption. Non-state actors must be allowed the right to enjoy the freedom of expression and speak out without intimidation.

Governments can achieve greater improvement in the anti-corruption war by forging stronger collaboration and coordination with the non-state actor’s involvement and assistance. It is hoped that the results of the corruption Perception Index will bring about genuine reflection for tangible improvements necessary to strengthen the fight against corruption not only in government but in Nigeria as a country.

CorruptionGovernanceNews
Previous articleBorno to be Cut Off from Nigeria if Boko Haram Attacks Continue
Next articleWhy is Buhari Still Keeping the Failed Service Chiefs?
© Newspaper WordPress Theme by TagDiv