President Muhammadu Buhari is currently presiding over a continued security meeting at the Presidential Villa in Abuja.

The meeting is taking place at the First Lady’s Conference Room. 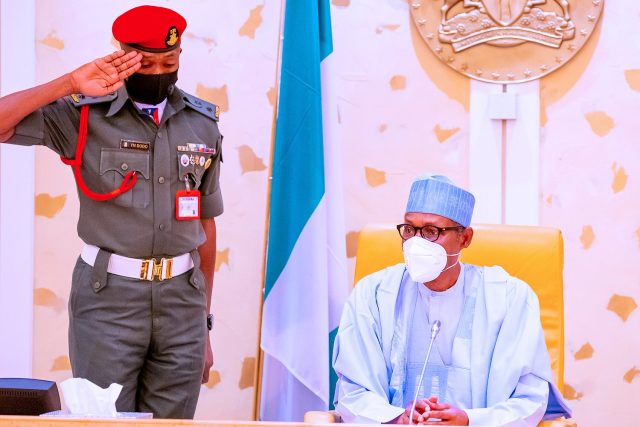 Today’s security meeting is a continuation of last Friday’s meeting, which was adjourned till May 4th. 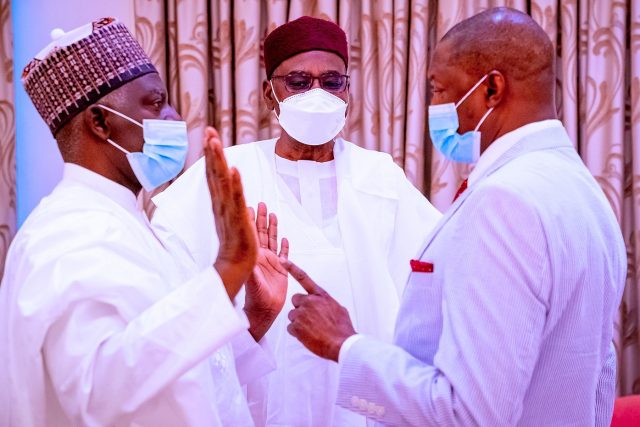